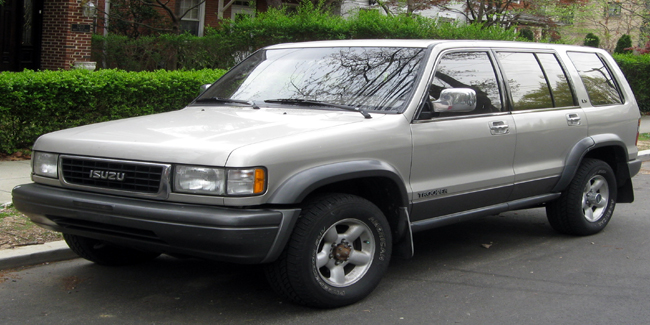 A high-end car with diplomatic number plate, zooming past the city roads, caught the prying eyes of Nagpur Rural RTO which got the car into its custody on Tuesday night. The patrolling team spotted the white colored Isuzu Trooper car with dark film. It came that the car earlier had registration with Embassy of Ireland in New Delhi. The car has been moving unchecked for over the last months.

“Later we chased the vehicle and forced the driver to stop,” Polani said. The squad was surprised when they found the vehicle had a diplomatic registration number with ’36 Applied D’ on either side of its number plates. “But instead of blue diplomatic plates, the numbers were written on a white plate,” he said.

The team also quizzed the car’s driver Ajay Meshram who failed to produce original documents and instead submitted two photocopies, one of which was a letter from the Ireland Embassy, New Delhi, selling out the vehicle in an auction in August 2010.

“Another letter was from the Embassy to customs department, which was to be treated as a no objection certificate,” he said.

Meshram admitted that he had bought the vehicle six months ago and had been plying it on city roads since then.

As per rules, the vehicle should have been registered with the Delhi RTO as soon it was auctioned. Instead, it was plying with the Ireland Embassy number itself. “Both Meshram and its earlier owner had failed to obtain custom clearance for the foreign-made vehicle. Now, under section 39 of the Motor Vehicle Act, we have detained the vehicle on City RTO premises at Giripeth,” said Polani.

Interestingly, Meshram also failed to produce his driving licence and tried to pressurize the squad. First he presented a visiting card that described him as vice-president of some organization called ‘Anti-Terrorist Squad’. Later, Rural RTO officials started receiving phone calls of senior politicians from the city and even some police officials.