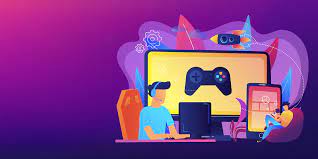 Amidst Covid-19, a rise in gaming users was seen. Unsurprisingly, India has also seen tremendous growth in the gaming industry, which leaves us wondering if India can become the next big online gaming industry. In 2016, the country had less than 10 companies that dealt with digital gaming and sports and in 2021 the number has increased to 140. Previously, in 2016 the number of users was merely two million and now it has crossed the 90 million mark. Further, a report by FICCI-EY has found that the valuation of the gaming industry in 2019 was INR 65 billion, and it is expected that the valuation will increase to INR 187 billion by 2022.

Earlier, the Union Education Ministry provided employment opportunities to the Indians by supporting online gaming through a national level hackathon. Further, the Prime Minister agreed to it and has stated that the online gaming sector has enormous growth potential. Another contributing factor to the homegrown online game includes banning Chinese apps and games, giving way to the Make In India label. For instance, FAU-G has replaced the PUBG.

Internet Accessibility Is Increasing In India

Currently, India has more than 560 million Internet users and by 2023, it is expected to be more than 650 million internet users. The massive number of internet users has created a fertile ground for the online mobile gaming industry. The Indian gaming industry is now trying to make platforms like Friv and Kizi for providing various games on one platform. Also, there has been a shift from computer gaming to mobile gaming, a cheaper alternative to computer and console gaming.

India Can Be A Game Changer In Gaming Industry

The biggest reason for India to rule the gaming industry is the fact that India is full of a young population. The tendency of the young population to play online games is higher as 60% of the Indian gamers lie in the age group of 18-24. We have already discussed that the number of active internet users is also increasing which again is providing a huge market. Further, the Make In India program has increased the popularity of local games in the country to support the movement.

Forecast Of Gaming Industry In India

Even though India provide a fertile ground for the growth of the online gaming industry, it is facing its own challenges in the form of lack of skilled people to develop games, absence of adequate funding for infrastructure development, piracy which is a prevailing evil in the country which provides the paid games for free and lastly, high cost of installation and maintenance of the advanced hardware to handle the software. Further, India will have to fight competitors like Supercell, Electronic Arts, Elex Technology and Gameloft. However, it also holds the power to overcome these obstacles and become a market leader in the gaming industry.