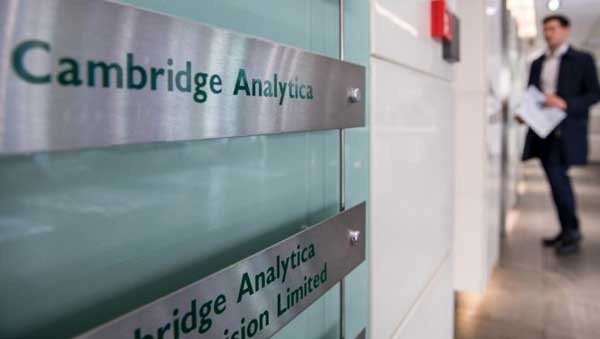 Cambridge Analytica, the United Kingdom-based political consulting firm at the heart of the massive data breach of Facebook users worldwide, announced it is shutting down.

The company denies any wrongdoing, but says that the negative media coverage has left it with no clients and mounting legal fees which has forced it to resort to closure.

‘Despite Cambridge Analytica’s unwavering confidence that its employees have acted ethically and lawfully, the siege of media coverage has driven away virtually all of the company’s customers and suppliers,’ the company said in a statement.

‘As a result, it has been determined that it is no longer viable to continue operating the business, which left Cambridge Analytica with no realistic alternative to placing the company into administration,’ it added.

The firm was accused of improperly obtaining personal information on behalf of political clients.

According to Facebook, data on up to 87 million of its users was harvested by an app and then passed on to the political consultancy. The social network said its own probe into the matter would continue.

‘This doesn’t change our commitment and determination to understand exactly what happened and make sure it doesn’t happen again,” a Cambridge Analytica (CA) spokesperson said.

The company said its parent company, SCL Elections, would also commence bankruptcy proceedings. This could impact its Indian operations as well.

The chair of a UK Parliament committee investigating the firm’s activities also raised concerns about CA and SCL Elections’ move to shut down.

“They are party to very serious investigations and those investigations cannot be impeded by the closure of these companies,” said MP Damian Collins.

“I think it’s absolutely vital that the closure of these companies is not used as an excuse to try and limit or restrict the ability of the authorities to investigate what they were doing,” he said.

Amid investigations, the British firm suspended CEO Alexander Tayler in April. It sought information on Facebook to build psychological profiles on a large portion of the US electorate.

The company was able to amass the database quickly with the help of an app that appeared to be a personality test.

The app collected data on tens of millions of people and their Facebook friends, even those who did not download the app themselves.