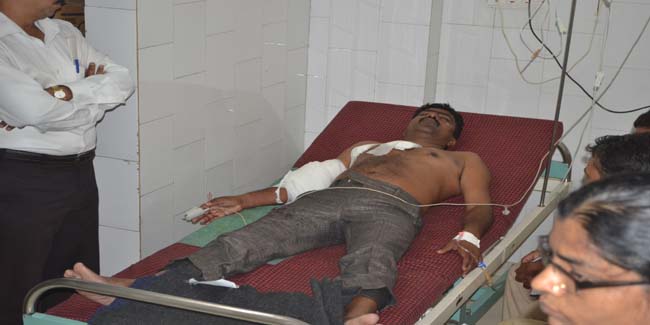 Nagpur News: Nagpur city can certainly be called as the ‘Crime City’ with the number of hardcore crimes rising drastically in the second capital. People were trying to grasp the news of the spine chilling murder of a dreaded goon on Monday when another act of cruelty left Nagpurians shocked on Wednesday. A builder was shot at Kadbi Chowk area, on Wednesday morning, creating certain tension among the residents.

Pachpaoli police reached the spot and started investigation in the matter. According to police, at around 11 am builder Deepak Nihalchand Gupta (38), who resides in Bezonbagh, behind Kadbi Chowk Petrol Pump, was about to drive away in his car when two unidentified youths came from behind and opened fire at him with a country made pistol.A bullet hit his his shoulder while another bullet got stuck in the car door. Deepak was rushed to Madan Hospital for treatment. 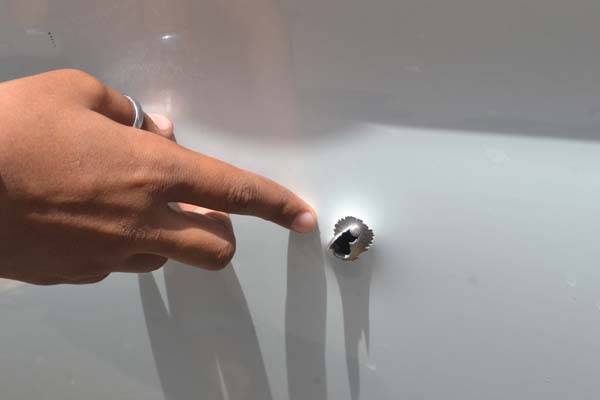 Pachpaoli Police Inspector Prakash Bele along with his team started the investigations. Police said, Deepak had boarded his Hyundai Verna car and was about to leave for his Vyankatesh office at Laghuvetan colony, Lal Godam when the incidence took place. His family and relatives gathered in a large number at Madan hospital at kamal chowk, creating a chaos in the premises.

Prima facie, police said the incident might fallout of business rivalry or some land dealing matter, but the chances of family rivalry cannot be ruled out.

Sources said, Deepak had started his property dealing business a few years ago and had earned a good name in the business. His construction sites are located at Koradi and Mhasala. he used to run a bear shoppe at Kadbi chowk under him his name. It is to be noted that Deepak and his family earlier lived at naka No. 2 where his father owned his hotel. Soon, Deepak started with his property dealing business and shift in an apartment near Kadbi Chowk. Deepak was busy with with a marriage in his family for few days was joining his office from today only. 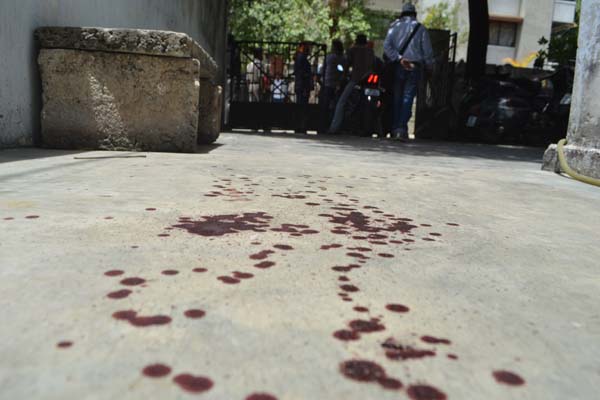 It is worth mentioning that main bookie in IPL-Spot fixing, who was arrested recently in Aurangabad, also resides in the same area and chances of connection in both the cases cannot be ruled out.

Additional Police commissioner Anant Shinde, Deputy Police Commissioner Sanjay Darade reached the hospital and supervised the investigations. Pachpaoli police have registered an offence against the unidentified shooter and launched a search to hunt down the shooters.