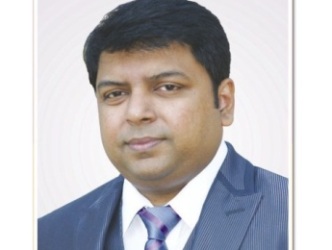 And all get geared up waiting for budget to start and end, listen to analysts for their views on it and monitor market movements on that. Here, I would like to interpret my views.

Every now and then we hear for price hikes either in petrol or daily needs and commodities but how often we hear of tax slab hike or allowances limit of tax exemption? Agreed that such news is not possible to come up very often but at least during budget Aam Aadmi keeps his hopes bright.

On the green side, there was no more tax imposed or change in tax slabs this financial year but only  for the affluent having income of over  Rs. 1 crore annually who would have Surcharge of 10%.

The very common or I should say a necessity these days are the mobile phones. Mobile phones priced over Rs 2,000 would attract 1-6 per cent duty depending on price.

Income limit for tax-savings under Rajiv Gandhi Equity Savings Scheme has been raised to Rs 12 lakh from Rs 10 lakh. This would attract more investors in equity and add relief to tax. At the same time the benefit can be claimed over a period of three years as compared to the one year time period that exists currently which means that the investor can actually phase out their investments to suit their requirements. The choice of instruments in the scheme has also been increased as equity oriented funds have been included in the eligible list of investments which will help the investor to choose a fund as per their liking.

STT rates cut from 0.017 to .01 percent for equity futures. Small cuts for mutual fund and derivatives too. Commodity transaction tax coming up only on non-agricultural commodities. Stock markets should be happy, but not commodity markets.

In consultation with RBI, Finance Minister propose to introduce instruments that will protect savings from inflation especially the savings of the poor and middle classes, these could be inflation-indexed bonds or inflation-indexed national security certificates. Conservative investors as well as senior citizens can make use of this opportunity when it becomes available. This will ensure that the interest rates earned by the investor moves along with the changes in the overall interest rates and hence there is protection in times when inflation rises in the economy.

First time home buyers, taking loan of up to Rs 25 lakh in FY 13-14, will get additional interest benefit of Rs 1 lakh. However the provision for a tax deducted at source at the time of sale of the house property if the value of this is Rs 50 lakh or higher would be a negative. This would increase the burden on the individual in terms of compliance and effort in deducting and depositing the tax with the government. TDS of one per cent on value of properties above Rs 50 lakh. Agriculture land exempted.

With P Chidamabaram  deciding to spare further import duty on gold, and actually introducing taxes on gems and jewellery, the commodity will surely be more pocket-friendly. Duty free limit on gold raised to Rs 50,000 in case of male and Rs 100,000 in case of female.

Import duty raised on set-top boxes from 5 to 10 per cent to safeguard interest of domestic producers. As we know that digitization is increasing and in fact set-up boxes being made mandatory, now the very apna Television viewing would be bit costlier.

We all used to blabber about petrol and diesel hikes and now added excise duty on SUVs . Excise duty on these vehicles has been increased to 30 percent from 27 percent earlier. However, SUVs registered as taxis have been spared.  Even duty on imported bikes have been raised.

Even the hang-outs at A/C restaurant would shove more due to levy of service tax on them.

The eligibility conditions of life insurance policies for persons suffering from disability or certain ailments have been also relaxed by increasing the permissible premium rate from 10 percent to 15 percent of the sum assured. This relaxation shall be available in respect of policies issued on or after 1.4.2013.

After a series of negative news to the female gender, Mr.Chidambaram brought smiles to the women. Govt would set up India’s first women’s bank as a public sector bank by October. FM announces Nirbhaya fund for women. Nirbhaya was the symbolic name given by the TOI to Delhi gang-rape victim.

Elevated food inflation, however, remains an area of concern with inflation gradually inching upwards to double digits in December 2012. Unlike the previous year, when food inflation was mainly driven by higher protein food prices, this year the pressure has been coming mainly from cereals.