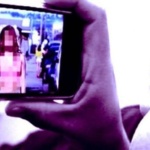 Nagpur: A pervert 23-year old boy clicked obscene images of a 12-year old girl and raped her in toilet of a building in Sitabuldi area on April 25. Acting on a delayed complaint, cops put the accused rapist behind the bars.

The arrested accused has been identified as Rakesh Harish Shahu (23), resident of Sitabuldi area. On April 25, between 8 and 9 pm, the victim 12-year old girl had gone to her friend’s house on upper floor of the building where she resides for watching a movie. After watching the movie, the girl was returning home. Midway, the accused Rakesh stopped her and took her to toilet at top floor of the building. There he clicked obscene photos of the girl and later raped her.

Sitabuldi PSI S C Chavan, based on the complaint of the rape survivor, booked the accused Rakesh Shahu under Sections 376(I) of the IPC read with Sections 4, 8, 12 of Protection of Children from Sexual Offences (POCSO) Act and put him behind the bars. Further probe is underway.