Nagpur News: The Women’s Wing of Bharatiya Janata Party (BJP) hit the Jhansi Rani Square and vociferously “cried” against the out of reach onion prices which, according to party, has crossed even the petrol price. The protest was led by Women’s Wing Dr Kirtida Ajmera and was participated by hundreds of BJP women workers and leaders. The all-women protest against the rising onion and other vegetable prices war organized at Jhansi Rani Square at 4 pm on Saturday. 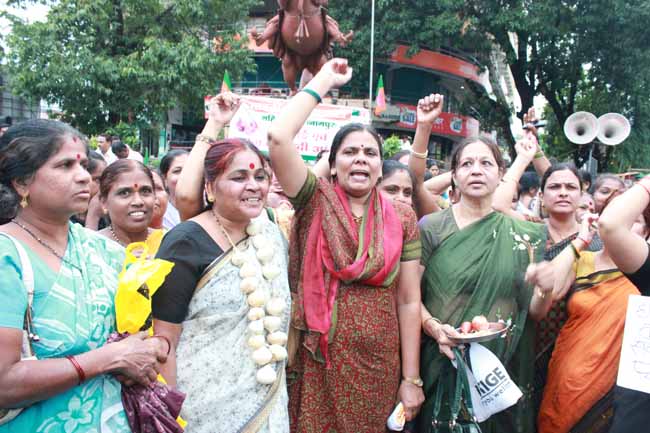