Conducted by the party earlier this year, it places Cong on top ,the survey indicated that while the Shiv Sena could end up third, Raj Thackeray-led MNS was likely to consolidate itself by winning around 22-28 seats.

The survey further showed that while the BJP was likely to increase its tally from the present 19 to around 28 in Vidarbha, the MLAs elected from Marathwada could rise only to six from the present two. 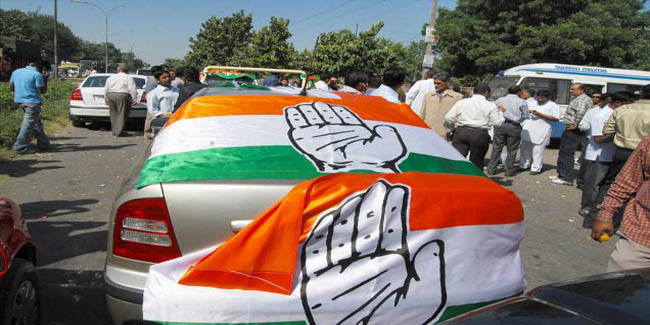 Nagpur News: A pre-poll survey by the BJP has indicated that it could emerge as the runner-up in the state assembly polls after the Congress. The ruling NCP is expected to stand at a poor fourth.

Conducted earlier this year, the survey indicated that while the Shiv Sena could end up third, the Raj Thackeray-led MNS was likely to consolidate itself by winning around 22-28 seats. The saffron alliance may get a shot at power only with the help of the MNS and independents.

The Sena, whose president Uddhav Thackeray had earlier called on his estranged cousin for a rapprochement, has criticised the BJP and Republican Party of India for inviting the MNS to enter their alliance.

Also, a senior BJP leader said a survey by the party through a Vidarbha-based agency during former Maharashtra unit president Sudhir Mungantiwar’s tenure had indicated that while the Congress could emerge as the single largest party with around 65 seats, the BJP could be a close second with around 60. The Sena could net around 50 to 55 seats and the NCP 42 to 45 seats.

“The survey showed that the MNS could get around 22 to 28 seats,” the BJP leader said, adding that independents and smaller political formations could make up for the remaining numbers.

“Hence, if we come to power, it may be with the help of the MNS and, possibly, on its terms.”

The leader pointed out that the MNS was likely to divide the Sena’s traditional votes, especially in urban areas.

The leader said the NCP was likely to bear the brunt of anti-incumbency. He, however, cautioned that the results reflected the political situation prevailing then, and was likely to change over a period of time.

The survey showed that while the BJP was likely to increase its tally from the present 19 to around 28 in Vidarbha, which is former BJP national president Nitin Gadkari’s home pitch, the MLAs elected from Marathwada, where senior leader and former deputy chief minister Gopinath Munde hails from, could rise only to six from the present two.

It also indicated that the BJP was likely to lose ground in the Konkan, but gain seats in North Maharashtra and, marginally, in Mumbai. “We are targeting around 75 to 80 seats,” the BJP leader said.