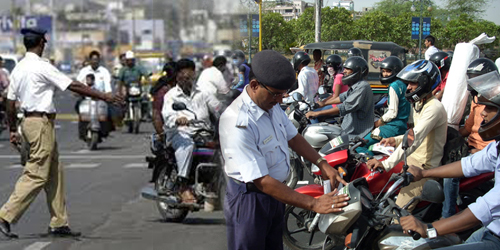 Beware citizens…! From March onwards it would not be as easy as usual to booze and drive freely on the roads of Nagpur. City’s traffic police would catch you unaware and you may end up spending night in police lock up. At least this is what traffic cops have decided to do for now.

Till now, the traffic police had to hand over the person caught driving in drunken state to the concerned police station but now they may be able to act directly upon the erring person.

Traffic Department office Jeevraj Dabhade said that the rule is already being implemented in most of the cities in the state. Once it’s brought into implementation in Nagpur, the traffic department would have the right to call upon the drunken driver to the court the day after giving challan to him on the spot. “We will start the drive from first week of March”, he said.

Though he admitted that the new drive would increase the work of the traffic cops but this would also help speed up the action in concerned cases.

Dabhade also informed that there is special classroom training being conducted for the traffic officials and employees every Wednesday in police gymkhana at Civil Lines. The new course aims at getting the cops to learn how to conduct while dealing with public. This includes the common communication etiquettes, how to make citizens follow traffic rules, avoiding error in challan acts and information about various sections of the traffic act. He said that this initiative might be little troublesome for the police but it would certainly help contain corruption to great extent.