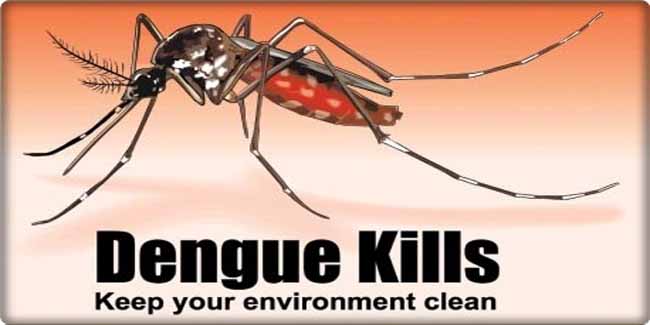 Nagpur News: As the rains had the extended stay in Nagpur this year, the influx of mosquitoes has tremendously increased in every house hold. The concentration of these parasites remain higher as the dusk falls. More at risk are the areas lacking hygiene and that have lower management on cleanliness, and also those lying beside filthy nullahs. The situation has steadily contributed in spreading dreaded diseases like dengue which is caused by mosquito bite. While children are at much higher risk of catching dengue, it becomes imperative to prevent our little ones from that deadly mosquito bite.

Mild dengue fever causes high fever, rash, and muscle and joint pain. A severe form of dengue fever, also called dengue hemorrhagic fever, can cause severe bleeding, a sudden drop in blood pressure (shock) and even death in certain cases. Researchers are working on dengue fever vaccines, but the best prevention for now is to reduce mosquito habitat in areas where dengue fever is common. This is mainly caused by the Aedes aegypti mosquitoes. (Usually with white stripes).

Nagpur Today had a conversation with many prominent pediatricians and check out on the status of dengue in the city. 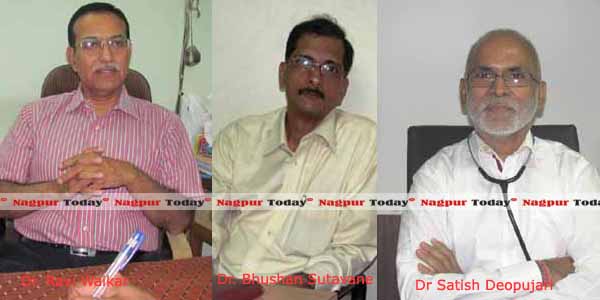 Dr. Ravi Waikar had at least 3-6 patients of dengue in the last month alone. He opined that this is serious problem and needs to be checked.  The spread of dengue among children is noticed in places where stagnant water is found. This could be as common as water in the cooler, fish trough, old flower pots, open drainage, old unused tyres etc.

Dr. Bhushan Sutavane was of the view that dengue cases can be detected only after blood test to confirm the presence of the disease.  This is found active only between 12 noon to 4 pm.

Dr Satish Deopujari said the children get bitten by Aedes aegypti mosquitoes in their schools or when they sleep near the window with a cooler having stagnant water. In the school the small girls who wear skirts without slacks and the boys who wear half pants get bitten easily.

When to see a doctor

If you’ve recently visited a region in which dengue fever is known to occur and you suddenly develop a fever, see your doctor. If the platelet count goes below 1.5 lacs, one needs to worry and rush to the doctor. The patient needs immediate hospitalization and continuous monitoring. The doctors also said that since rains had an extended stay in the city this year, the cases of Dengue, Malaria and other diseases were more in number.

Prevention lies not only with each one of us, but also the local municipal corporation. They should leave Guppy fishes in ponds, lakes, small water bodies or all such places where rain water gets accumulated and stagnated. This will ensure the prevention of the breeding of Aedes aegypti mosquitoes.

Many people, especially children and teens, may experience no signs or symptoms during a mild case of dengue fever. When symptoms do occur, they usually begin 4 to 10 days after the person is bitten by an infected mosquito.

Most people recover within a week or so. In some cases, however, symptoms worsen and can become life-threatening. Blood vessels often become damaged and leaky, and the number of clot-forming cells in your bloodstream falls. This can cause,

–      Bleeding under the skin, which may look like bruising

–      Problems with your lungs, liver and heart