Tehsil police have booked an auto rickshaw driver for setting on fire a motorcycle of his passenger who had hired him for taking his injured friend to Mayo hospital. Ajay Raghushyam Fatode, 35, had incurred a loss of Rs 25,000 as his bike was completely damaged in fire.

Fatode’s friend had met with an accident and needed immediate medical attention. He hired an autorickshaw to take his friend to Indira Gandhi Government Medical College and Hospital (Mayo Hospital). The accused auto rickshaw driver demanded Rs 1000 as rent. Ajay bargained for the rent but the accused did not budge. Meanwhile, doctors asked for Ajay due to which he left the discussion with the accused mid way.

Frustrated over this, the accused took Fatode’s motorcycle (MH 31 DJ 6827) to the main gate of Mayo Hospital and set the bike on fire. This caused a loss of Rs 25,000 to Ajay. Tehsil police booked the autorickshaw driver under Sections 435 of the IPC. 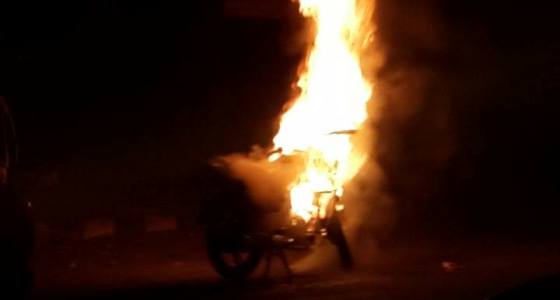