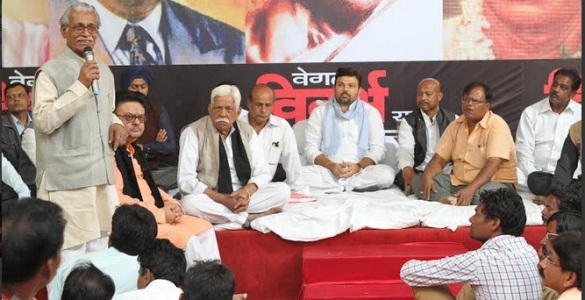 “The indefinite fast undertaken by Dr Ashish Deshmukh has entered the Day-7. But still no Government representative has visited Dr Deshmukh in order to find an answer to logjam. The insensitive Government is deliberately neglecting Dr Deshmukh’s fast,” lamented dozens of political leaders, eminent personalities who have been visiting Dr Deshmukh, and hundreds of supporters with outrage writ large on their faces.

Dr Deshmukh is on indefinite fast since December 6 at Bhaskar Bhavan premises near MLA Hostel in Civil Lines.

“No leader has come forward in real sense for independent Vidarbha State and overall development of Vidarbha. The rulers neglected Vidarbha’s development for political selfishness. Mumbai and West Maharashtra got developed and Vidarbha remained backward. Industries in Vidarbha are downing shutters. There is no water for farming due to massive backlog in irrigation. The educated youths are leaving Vidarbha for employment. Naxal movement is has got bolstered. Mihan project is lagging behind. The Vidarbha State can only develop the region in all ways. Therefore, MPs should raise Vidarbha issue in Lok Sabha on the lines of Telangana,” the pioneer of “Youth for Vidarbha State” and Convener of Vidarbha Joint Action Committee Dr Ashish Deshmukh opined. 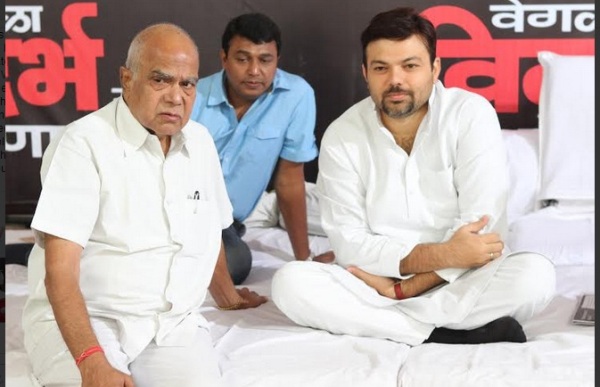 “When a referendum was carried out in Amravati, 85 per cent of people favoured Vidarbha statehood. A referendum in Nagpur will also be conducted on December 16. Vidarbha is far away from development and until and unless Vidarbha State is carved out, Vidarbha’s people and youths would not progress, said Dr Deshmukh in weak voice.