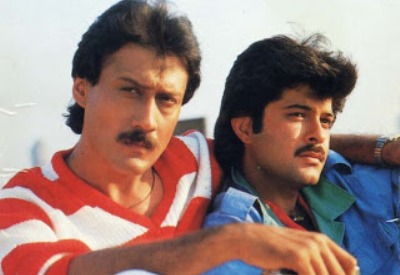 For Anil Kapoor and Jackie Shroff this moment is to cherish the relationship they shared for all these years. After twelve years, they come together for Shootout at Wadala, where Shroff will play a cop.

Time films like Andar Baahar and Ram Lakhan, or the ‘brothers caught on different sides of the law’ drill in movies like Parinda, Jackie Shroff and Anil Kapoor shared screen space in a slew of films, and successfully at that.

So, since the last seen together film of Rajkumar Santoshi’s Lajja, the actors are set to re-unite on reel after a gap of twelve years in Sanjay Gupta’s Shootout at Wadala, produced by Ekta Kapoor.

When contacted Jackie and asked about his cameo in ‘Shootout at Wadala’, he confirmed the development and said, “It’s been more than a decade since Anil and I worked together. I am really looking forward to getting back on the sets with him.”

Film Director Sanjay Gupta revealed, “Jackie will essay the role of a police commissioner. He has a great sense of humour. He is fun, and can make a very tense moment seem easy.”

Meanwhile, a source said Jackie plays the cop, who orders Afaq Bhagwan, Anil Kapoor’s character, to gun down Manya Surve, portrayed by John Abraham, in an encounter. “There is a confrontation between them, which is one of the highlights of the film,” said the source.

After hearing this, I am sure you will vouch for this Ram-Lakhan jodi to be seen back on the silver screen. Jhakkas!!!