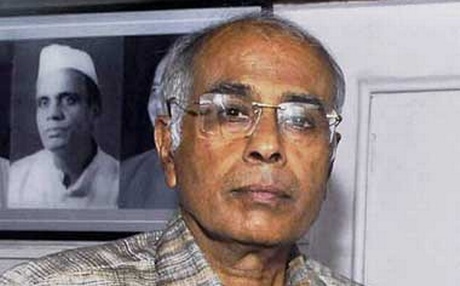 Nagpur News : Maharashtra Government introduced the much-awaited anti-black magic bill in the Assembly on Wednesday for discussion and passage, amidst protest from Opposition and reservations expressed by some groups over the proposed law.

The law proposes to bring awakening and awareness in the society and create a healthy and safe social environment with a view to protect the common people against the evil and sinister practices thriving on ignorance, he said.

It will help in combating and eradicating human sacrifice and other inhuman practices propagated in the name of supernatural, magical powers or evil spirits, Moghe said.
These practices, commonly known as black magic, allow conmen with sinister motives to exploit the common people and destroy the very fibre of the society, he told the House.

Within days of the murder of rationalist Narendra Dabholkar in Pune on August 20, the government had promulgated an ordinance on black magic, blind faith and superstition, for which the activist waged a long battle. The bill seeks to convert the ordinance into a permanent law.

Voicing concern over certain provisions in the bill, Devendra Fadnavis (BJP) said these can be misused. The opposition had submitted certain changes and they should be incorporated.

Nawab Malik (NCP), while supporting the legislation, said all such practices should be stopped without brining in religious angle to them. He faced protests from opposition members when he uttered the name of a popular yoga guru during his speech.

Subhash Desai (Sena) wanted to know why the Congress-NCP government was not including a clause related to religious conversion in the bill as has been done in states like Tamil Nadu. He spoke about religious practices and people’s faith in divine powers.

Certain religious groups have also expressed concern over some provisions of the proposed law, which they claim, was against the interest of a particular community. The Maharashtra Prevention and Eradication of Human Sacrifice and Other Inhuman, Evil and Aghori Practices and Black Magic Bill is awaiting passage since 2003.