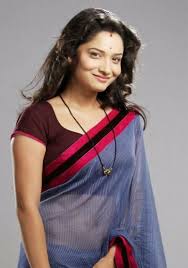 Do you remember we told you that Ankita was quitting Pavitra Rishta, as she was not comfortable playing a grandmother. Later came a clarification that she is not quitting but taking a two-month break to be with her beau Sushant Singh Rajput during the release of his debut film Kai Po Che. However, during that time, she did an episode of Ek Thi Naayka that was also produced by Ekta. In the meantime, other actresses like Shilpa Agnihotri and Gautami Kapoor were said to be approached for the role.

Now with Ankita likely to continue as Archana, the guessing game will hopefully end. Ankita is slated to start shooting on Wednesday or Thursday for the serial. Currently, Archana is shown to be in a coma and doctors are trying their best to bring her out of it. A source says, “While Archana is lying in the hospital room, Soham (Ankit Narang) will pretend to fire Manav (Hiten Tejwani) to instigate her to come out of coma.”

So next what will make Ankita take a break is something we will tell you soon.