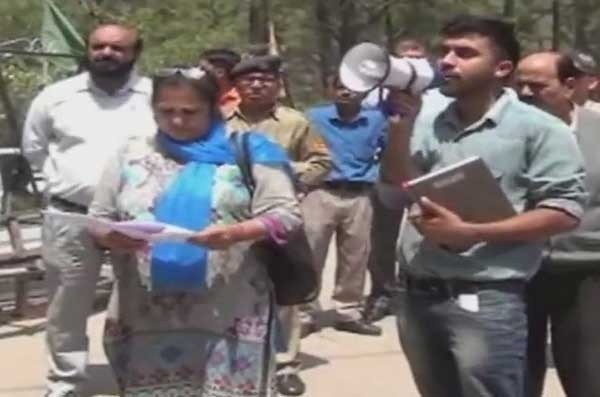 The Supreme Court has taken suo moto cognizance of the murder of an assistant town planner who was shot dead for carrying out a Supreme Court mandated drive to demolish illegal structures in 13 hotels in the Solan district of Himachal Pradesh.

A Public Works Department employee was also injured after a hotel owner allegedly opened fire at them yesterday.

The SC rapped the state govt for not providing adequate security to the woman official. The court also observed that it is very serious issue as the accused had allegedly killed the woman official in broad daylight and the police could not arrest him. The court said the the accused committeed contempt of court and the matter was serious. “People violated court orders. What was the police doing?” the court asked. The matter will be heard tomorrow.

Shailbala was killed on the spot and Gulab Singh severely injured when the owner of Narayani guest house, Vijay Kumar, opened fire on the demolition team, police said.

The Supreme Court had on April 17 directed the state government to demolish unauthorised structures in 13 hotels in Kasauli and Dharampur areas of Solan, and four teams were constituted for this purpose.

The deceased was heading one team and hotel owners allegedly attempted to intimidate it to stop the demolition drive, officials said.

An altercation ensued and Kumar fired three rounds at the officials, killing Shailbala on the spot and injuring Singh, who is undergoing treatment at PGI, Chandigarh, where his condition was stated to be critical, they said.

The accused fled from the scene soon after and a manhunt was launched to nab him, officials said.

Image: Shailbala (in blue dupatta), who was carrying out the SC mandated demolition drive was killed in broad daylight. The accused is absconding.