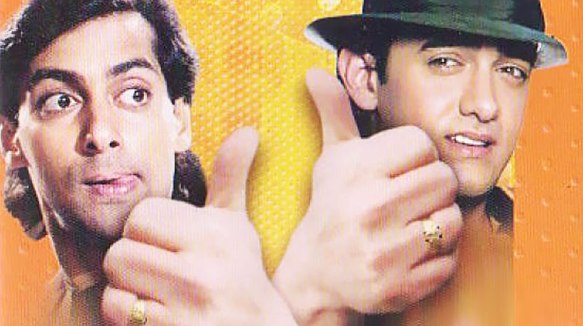 It is official. The sequel to the 1994 rib-tickler starring Aamir Khan and Salman Khan, Andaz Apna Apna is finally going on floors by the third week of December. Producer Vinay Kumar Sinha had approached Rajkumar Santoshi, the director of the original, to helm the project and Santoshi, who has agreed to do the project

Explaining why he chose to make a sequel to the film after 19 years, Vinay Kumar said: “People were asking me to do a sequel ever since the film became a hit. At that time, I was not too sure, if the Indian audience is ready for a second part. But, now the time is ripe. Remakes and sequels are in vogue. ”

Although the cast of the second installment of Andaz Apna Apna is yet to be finalised, there are effort to get part of the original cast on board.

When asked about the starcast to be the same or a change over it Producer Vinay Kumar said “We will be discussing the project with Aamir and Salman. It would be great if that works out. Otherwise, we’ll sign up some other actors to play the lead.”

Through sources we have also been confirmed that Vinay kumar has roped in Ram Mirchandani, co producer of Vicky Donor, to head the production unit for the film.

So it’s not a question that will Amir & Salman play their old buddy roles of Amar & Prem, but the question is will Shakti play Grand master GOGO.

To see the magic of this sequel ………wait till December.