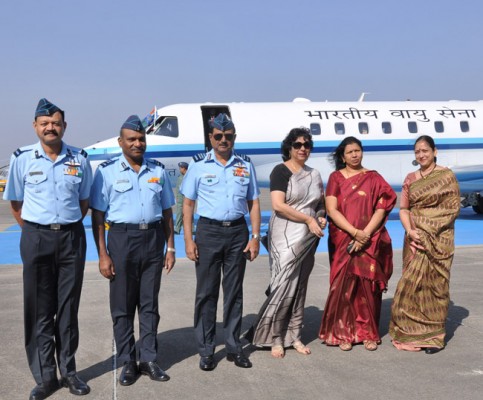 The Air Chief Marshal will be retiring on 31 Dec 13 after more than four decades of glorious service.  During his eminent career in the Indian Air Force, he served as Staff Officer to Chief of the Air Staff and as Joint Director at Air War Strategy Cell at Air Headquarters.  The Air Chief was responsible for establishing the Indian Defence Wing in Tel-Aviv, Isreal in Apr 1997 where he served as the Defence Attaché till Jul 2000.  Subsequently, he served as the Chief Operations Officer of the First Su-30 Base at Pune and went on to command the same Base later.  It was during his period that the multi-rule Su-30 MKI fighter aircraft was inducted into the IAF.  He also served as the Air-I at HQ Western Air Command and as ACAS (Intelligence) at Air Headquarters.  On promotion to the rank of Air Marshal, he was appointed as Deputy Chief of the Air Staff responsible for IAF’s major modernization programmes.  He has also held the appointments of the Air Officer Commanding-in-Chief of Western Air Command and Vice Chief of the Air Staff.

The Air Chief was commissioned in the Indian Air Force in June 1972.  An accomplished fighter pilot he has flown various jet aircraft including Hunters, all variants of Mig-21s, Jaguars and Su-30K.  He is a Fighter Combat Leader who also served as instructor at the Tactics and Combat Development Establishment.  Air Chief Marshal Browne has a rich experience of operational flying, training and staff assignments.  He was trained with the RAF in UK on the Jaguar aircraft in 1979 and commanded a Jaguar Squadron.  He is a graduate of the Air Command and Staff College, USA and also served a Directing Staff at the Defence Services Staff College, Wellington. 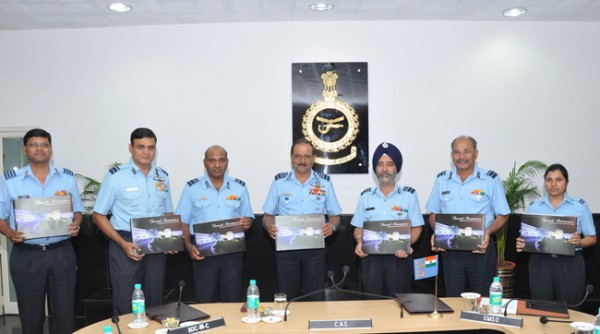 The Chief of Air Staff has unveiled / released the Coffee Table Book highlighting the mission / role and achievements of Headquarters Maintenance Command and Stations under it.  It is a pictorial marvel depicting the welfare and social responsibility ventures undertaken by Maintenance Command. Also, it covers the childhood and Miss Universe coronation photo of Sushmita Sen since she belongs to the Vayusena Nagar family during her childhood.  Air vice Marshal VS Bharti YSM VM VSM is the Editor in Chief and Group Captain GJ Rao is the Editor of this creative and innovative book.  The book contains a creative and innovative features of “Cohesion between men and machine” where in three photos are designed and artistically arranged to show the men and helicopter separately and in these photos, they are depicted together driving home the massage that the cohesion between men and machine resulting in mission accomplishment.