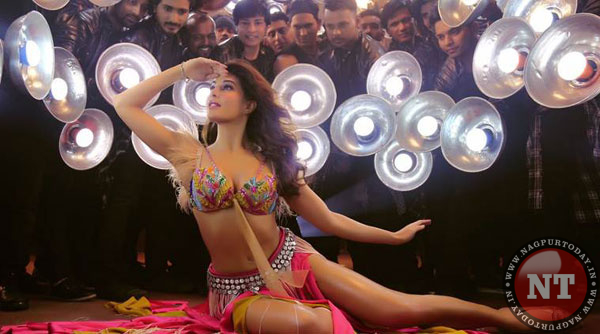 Jacqueline Fernandez is all geared up to set the screen on fire in recreated version of Ek Do Teen for Sajid Nadiadwala’s Baaghi 2. While the first look was enough to garner a good response from the audience, the teaser for the rebooted song from Tezaab, which starred Madhuri Dixit, is out to up the oomph quotient further.

Choreographed by Ahmed Khan and Ganesh Acharya, the 25 seconds short teaser retains the tunes of the older version.

While in the first look photo, Jacqueline has struck the same pose as Madhuri did, the teaser too features Jacqueline dancing as the crowd cheers ‘Mohini, Mohini’ just like the older version. In the reprised version, Jacqueline has men cheering as they throw light on her huge light bulbs. Infact, Jackie’s multi-coloured costume is almost similar to what Madhuri wore in the original number.