Nagpur News: Maharashtra state cabinet rejected the inquiry report on Adarsh Housing Society tabled on the last day of the Winter Session of the state legislature in Nagpur today. The opposition walked out of the House, demanding a discussion in the assembly on Kargil For Profit scam.

“We have to submit the report during the ongoing session as per the high court directive,” Chief Minister Prithviraj Chavan had said. Opposition hit out at the government saying the cabinet is running away from Kargil for Profit scam.

BJP Maharashtra President Devendra Fadnavis said, “It is really very shocking if the Governor has refused consent to file chargesheet against Ashok Chavan. The BJP will explore all the legal options on this decision because there is a prima-facia case against Ashok Chavan and the CBI has given enough evidences so that he can be framed.”

Earlier, Maharashtra Governor K Shankaranarayanan had refused to give permission to the CBI to prosecute former Maharashtra chief minister and senior Congress leader Ashok Chavan. According to sources, the decision was taken by the Governor using his discretionary powers and the state Cabinet did not discuss or refer it to the Governor. The matter was not even referred to the Cabinet.

Reportedly, the report primarily incriminated bureuaucrats and while it hinted at the involvement of past chief ministers, it absolved them of any guilt. “The commission has recorded violation of rules by several senior bureaucrats and involvement of former chief ministers Sushil Kumar Shinde, Ashok Chavan and the late Vilasrao Deshmukh without giving a verdict of wrongdoing by them,” an Indian Express report quoted an official.

Ashok Chavan, former chief minister, who had to resign from the post after the Adarsh scam surfaced, was among the 12 who were charge sheeted by the agency in connection with the case.

Interestingly, Devyani Khobragade, the diplomat who is at the centre of a diplomatic row between India and US, owns a flat in Adarsh society. 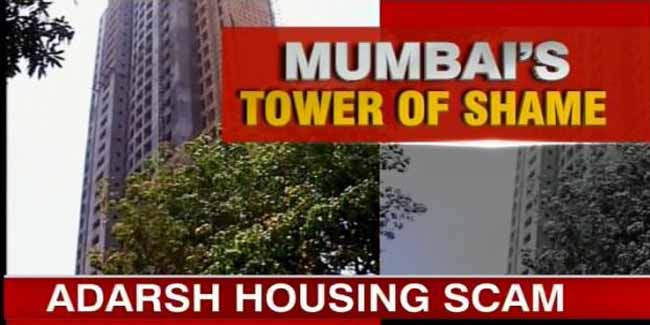