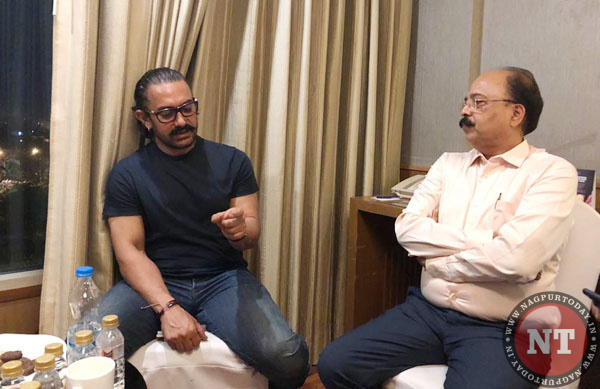 Nagpur: B-town’s Mr Perfectionist aka Aamir Khan who is considered as one of the most rationalist people in film fraternity, has been in the news not only for his movies, but for his social activities as well. Recently, the actor has hogged the limelight for his association with Paani Foundation – a noble initiative to make Maharashtra’s parched and drought prone areas water-sufficient.

In continuation of his campaign, Aamir Khan visited Nagpur on Tuesday where he shared his views on what prompted him to join this noble move.

During his visit to Nagpur, the superstar Aamir Khan got into a brief interaction with the President of ‘Sankalp’ group Mr. Vipin Kamdar.

The conversation, which grew interesting as it progressed, had lots of cherishable moments. 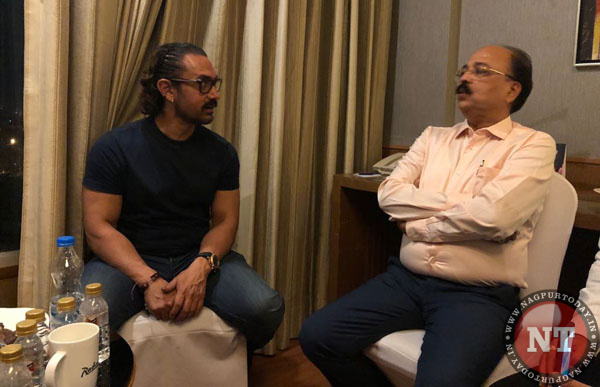 Aamir also shared the reason to start Paani foundation and also opened up about why he chose to Maharashtra as target area.

It may be mentioned here that this is the third year of Paani Foundation. Mr. Tarun Nirban from ‘Seven Hills’ also extended his support to the event.