“A leader is best when people barely know he or she exists, when his or her work is done, his or her aim fulfilled.”

“The first responsibility of a leader is to define reality. The last is to say thank you. In between, the leader is a servant.” 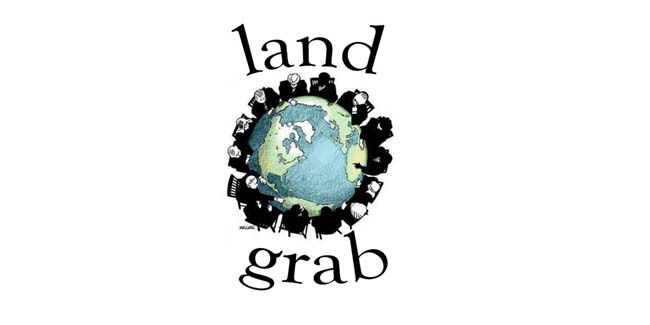 Nagpur News: The excellent words in above quotes aptly describe a personality from Orange City, who not only stepped ahead before anyone could but, also dared the anti-social elements in the society. And by her action, saved a precious Government public utility (PU) land worth crores of rupees being encroached or sold illegally. And the personality is Dr. R K Solomon, President of All India Christian Association, Nagpur.

Dr. R K Solomon, who found the public utility land in Seminary Hills , Behind Veterinary College, and belonging to Nagpur Beghar Mitra Gruh Nirman Sahkari Sanstha , being illegally occupied, selling and  encroached by one Manoj Choudhary , who was once a watchman of this area and his son Baba Choudhary, who according to reports is a noted criminal and a history-sheeter, immediately decided to stop the illegal activities being carried out by the Choudharys.

Dr. R K Solomon, as the first step towards stopping the activities, flashed a letter to Chairman of Nagpur Improvement Trust Pravin Darade apprising him about the illegal activities of the Choudharys on the Government’s public utility land at the above address. She also informed the NIT chief about present condition of the land which is in the form of deep and huge pit. Dr Solomon charged that the “culprits” have already sold approx. 1500 sq.ft. of this PU land facing the road to one Mrs. Ghugre and she has already constructed her house and is residing there since two years., She further informed Pravin Darade that Manoj Choudhary himself has illegally encroached the public utility land and has constructed two shops, too, facing the road, adjacent to the house of Mrs. Ghugre.

Dr R K Solomon lamented that even after several complaints lodged with the NIT no firm action was initiated by the NIT authorities. “Some NIT officers come, take money from Manoj Choudhary and suppress the issue,” the anguished Dr Solomon  said in her letter to Chairman of NIT Pravin Darade.

“Leave alone taking severe action against the “culprits”, the lower ranked NIT officials even have not demolished the unauthorized constructions made on this PU land. Further, one Papa Yadav another goon of Surendragarh area in collusion with Manoj Choudhary was recently trying to encroach the remaining PU land and construct a house on it, but fortunately, the construction has been stopped by the- officers of NIT (West) on receiving the information from me, a responsible citizen,” noted Dr Solomon in her letter.

Dr Solomon demanded stringent actions possible against Manoj and Baba Choudhary, Papa Yadav, and Mrs. Ghugre for their illegal and beyond imagination illegal activities that would send a dreaded message to other such persons if they indulged in the activities of encroachments, fraudulent sale of Government’s public utility land and their other nefarious designs.

The outraged NIT Chairman Pravin Darade, after receiving the letter from Dr Solomon, immediately went into action mode and directed his senior ranked officials to lodge a complaint to Gittikhadan Police Station in order to get the issue investigated by them and submit a detailed report to him with necessary documents.

Accordingly, the NIT’s Divisional Office (West) on North Ambajhari Road, filed a strongly worded complaint addressed to Senior Police Inspector, Gittikhadan  Police Station on the issue and requested him to carry out a detailed investigation into the matter. The complaint mentioned the illegal activities of Manoj and Baba Choudhary, Papa Yadav, and Mrs. Ghugre at the above-mentioned public utility land.

The complaint to police further informed that the land was allotted to Nagpur Beghar Mitra Gruh Nirman Sahkari Sanstha on 27-11-2003 through Maharashtra Gunthewari Developments (Regularisation, Upgradation and Control ) Act, 2001 for the purpose of housing project of the Sanstha. The land was, at present, in vacant condition. And, according to the Act, 10 per cent of NIT lands unauthorisedly occupied by various sections of the society are regularized by the NIT for free distribution. The above said vacant public utility land belongs to NIT.

The NIT (West) further informed the police about complaints from people that the land is being encroached upon, illegally sold and some construction have also been reported by the people and demanded immediate action to stop the illegal activities carried out by Manoj and Baba Choudhary, Papa Yadav, and Mrs. Ghugre.

The NIT (West) authorities, armed with police report, cracked down against Manoj and Baba Choudhary, Papa Yadav, and Mrs. Ghugre and demolished the encroachments and other constructions on the said land under the guidance of Chief Engineer, Gujjelwar and have taken the possession of the land .

Dr R K Solomon, extremely happy by the prompt and strong NIT action for saving the land worth crores of rupees, thanked the authorities for acting on her letter and hoped that  if the citizens remain vigilant, then they can help the Government in saving lands from encroachments. She appealed the NIT and NMC to encourage the citizens to keep informing them about such encroachments .