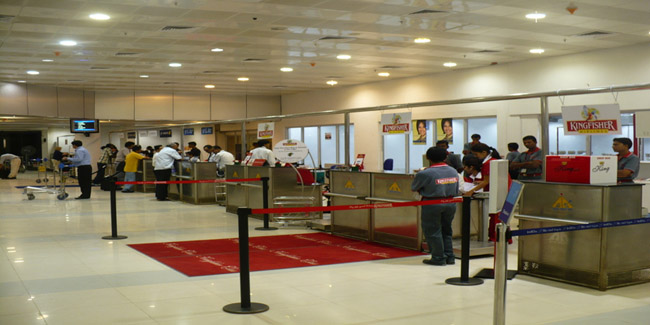 Arshad Ahmed Bhatkal, Mohammad Ashraf and Fawad Abdul Qadir had travelled from Sharjah in an Air Arabia flight on Friday morning. It has been learnt that the suspects had hid the gold in their shoes and other parts of their body and clothing. The gold was in the form of biscuits. The suspects on being further interrogated claimed to be connected with gold trade. They informed that they had procured the gold from Dubai.

Alert intelligence people on duty nabbed the trio immediately after they reached here with the gold in their possession.

However, neither the airport authorities nor police were ready to reveal the reason as why the trio chose Nagpur to gain entry into India. Sources informed that none of the trio, has any relatives in the city.

It was learnt that Arshad hails from Bhatkal taluka of North Kanara in Karnataka. It is also hometown of Indian Mujahideen terrorist Yasin Bhatkal, who is wanted in several blast cases across the country. Sources informed that Ashraf stays in Mumbai at Masjid Street while Qadir comes from Raigadh.

Sources told that all three were having resident visas of  Sharjah. Further questioning with trio is underway.