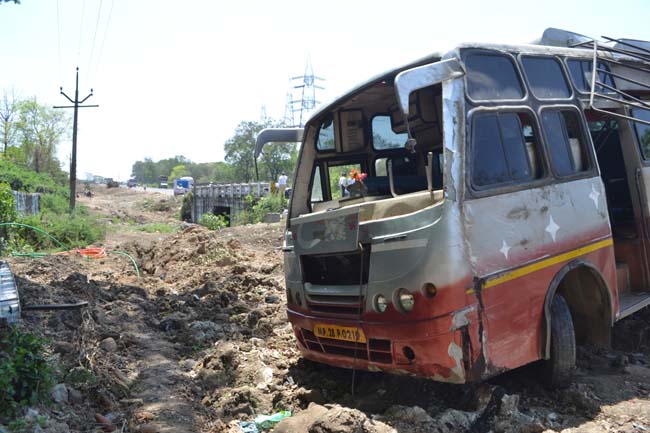 Nagpur News: In a ghastly mishap, a private travelling bus over turned near Koradi Road in which 2 women were killed while 6-7 passengers were injured on Friday at around 12.30 pm. According to police, Miglani travels bus (MP 28 P 0219) was going from Nagpur to Chhindwara. Near Koradi Road, a cyclist suddenly came in front of the bus. As a result of sudden breaks applied by the driver, the bus over turned. Two women passengers were killed on the spot while 6-7 passengers including the bus driver sustained injuries.

The injured were rushed to Indira Gandhi Government Medical College and Hospital for treatment while the bodies were also sent for post mortem.

Koradi Police immediately reached the spot after being informed about the incidence. They conducted panchnama. PI Manoj Shridam informed that further investigations are being conducted in the case. 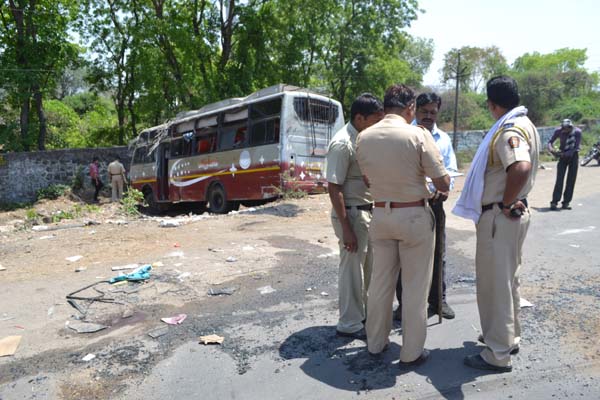