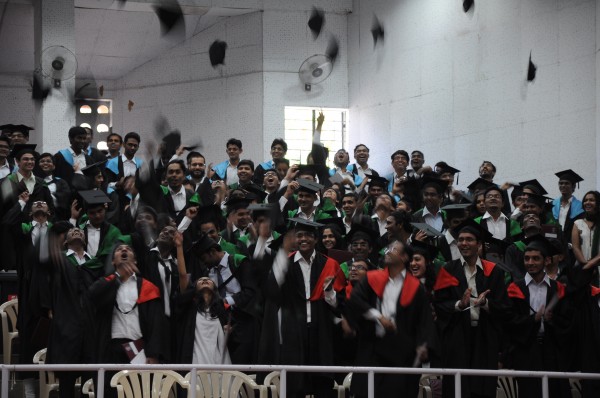 Nagpur News: The tenth convocation ceremony of Nagpur’s Visvesvaraya National Institute of Technology (VNIT) was held at 1 pm in the college auditorium. More than seven hundred students received their Bachelors degree, Masters degree and PhD in the grand function that lasted for four hours.

Dr. SK Joshi, Chairman, Board of Governors, declared the convocation open. Distinguished Professor SP Sukhatme was the chief guest and Professor Rao, Director, VNIT presided over the proceedings. Twenty one PhDs, 170 MTech (Master in Technology) and 572 BTech (Bachelor in Technology) degrees, among others, were awarded. A total of forty four special prizes, sixteen medals and three awards were given out.

Abhijeet Thorat, a freshly graduated student of Civil Engineering, had the distinction of winning the highest number of awards in the academic year 2011-12. Abhijeet is now pursuing his dream of becoming an IAS officer by preparing for the UPSC (Union Public Service Commission) examination. He had secured a job with Coal India Limited (CIL), but has given it up to pursue his goal.

Ankit Gupta also received his BTech degree today, and secured the highest score (CGPA) in the undergraduate program across all fields at VNIT. This overall champion is currently pursuing his Masters in Technology at IIT Powai (Mumbai), and came back to his hometown solely for his convocation. His father, RS Gupta, is an employee with Western Coalfields Limited (WCL) and his mother Nirmala Gupta is a homemaker. “I give the credit for my success at VNIT to my professor, CS Moghe Sir,” Ankit told media persons, “I thank him for instilling enthusiasm in me towards my line of study, and being my driving force.” Ankit wants to start building his career after MTech, and later study for MPhil. 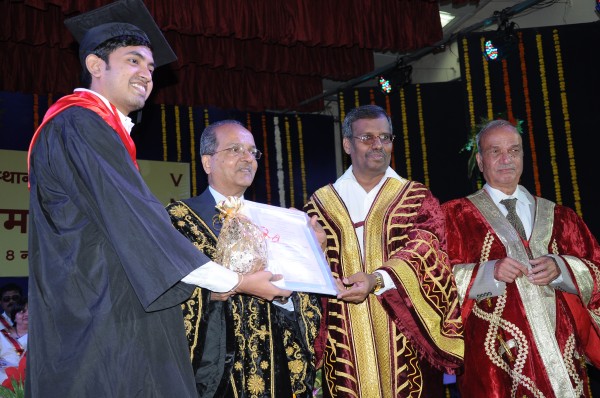