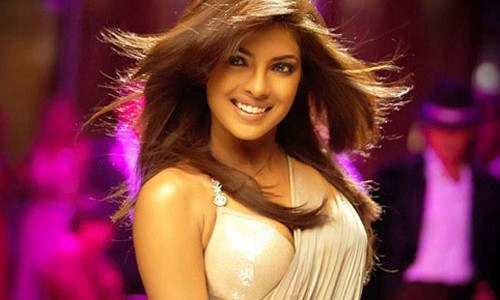 Piggy chops a.k.a Priyanka Chopra added many awards to her long list of honors this year for her magical performance as ‘Jhilmil’ in Anurag Basu’s ‘Barfi’. Now Priyanka is setting her long term goal as choosing good films , her next venture is a remake which introduced a superstar to Hindi cinema . ‘Zanjeer’ was made in 1973, directed and produced by Prakash Mehra, starring Amitabh Bachchan, Jaya Bachchan, Pran, Ajit and Bindu. The movie changed the trend from romantic films to action films and pioneered Amitabh’s new image of a brooding but explosive person who fights back when cornered. The ‘Angry Young Man’ image of Amitabh Bachchan in this film was a milestone in his career.

The film ended the era of Rajesh Khanna and started a new wave in Hindi Cinema. But what does this remake have? Produced by Amit Mehra and directed by Apoorva Lakhia, this generation Zanjeer features South-Indian superstar Ram Charan Teja and Priyanka Chopra. While Ramcharan Teja plays the role of Vijay, Priyanka plays the role of Mala which was earlier played by Jaya Bachchan. Lately, the film was in the news for a song which would be the introductory song of the film choreographed by Ganesh Acharya and is composed by the Meet Brothers. The song, as we would soon see will have Priyanka Chopra dancing with 100 men. This film & song sure promise to make huge hits in Bollywood. The line,“Ek Nari sau pe bhari “ sounds very apt. way to go Priyanka!