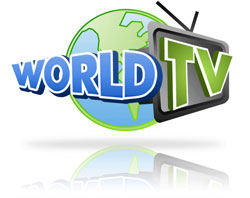 Can you recall yesteryear’s Chitrahaar, or a movie treat on Sunday…or the gems of series like Buniyaad, Nukkad, Ye Jo Hai Zindagi, Discovery of India, or hard hitting drama like Tamas for that matter. Come on who can forget the master comic series to the likes of Spiderman, Mickey & Donald and He-man and the Masters of the Universe…Well today’s younger lot may find it difficult to decode the whereabouts of above mentioned shows which once was the lifeline of home entertainment on good old Doordarshan. But they surely draw home the point  how television evolved through the test of times.

Right from the raw content that aired not only to your homes but also flourished through your memories, to the unending list of  channels, Television has travelled an immemorable journey.

In the 1990s, the United Nations General Assembly wanted the world to recognize this influence and declared that November 21 is World Television Day—in the hopes that broadcasters will use their power for good and not evil.

Despite the development of the Internet, television is still one of the most important sources of information. It plays such a significant role in people’s everyday lives that it’s almost impossible to imagine how we would live if there were no TV.
Nagpur Today had a talk with Nagpur citizens to know their views about television and its different aspects of life

Assistant Director Programs of Doordarshan Mr.ChandraMohan Nandan Pawar he said, ‘television has both a positive and negative effect in today’s world. As positive as it connects the world together and even creates awareness, he said. Though he added that nowadays television is basically acting like an entertainment booster. Instead of it being so, the main objective should be on development of individual and society as a whole. He opined that television shows the lighter part of life and not the actual reality. He believes that television should be a proper blend of Entertainment, Education and Information. On observing the Nagpur citizens he said, make the best out of television.

Jyoti  Amge a renowned personality said, Being shown on television gave her fame and added that now she travels whole world. She mentioned shows like Crime petrol, CID as her favourite shows. She thinks if one wants there is only positive effect of television on one’s life.Television  creates awareness., she said.

Deputy Commissioner Mumbai  Rajesh Dhabre said, ‘Televison acts as providing good exposure to the youth. He added that the reality shows are giving  numerous chances to the artists to grow and show their talents. While on talking about the negative effects he said, nowadays it’s being an overdose of information, drama and glamour.The people are being misguided on various aspects because of the false things advertised or shown on the television. He mention DD News as his favourite show. He opined Discovery to be the best channel for child education and development.

Architect Mahesh Mokha said, ‘Television can both be a boon or bane for the society. He added that it all depends on the way one takes it to be. He mentioned Discovery, Animal Planet, National Geography in his favourite channels. He opines that reality shows leaves an individual confused. It is not shown for a longer period of time, he added. He thinks that authenticity is to be established. The creation of awarerness should be more of channels that gives information for society as a whole. The information shown should be confirmed as the youth uses it as knowledge giver. He thinks Big Boss, MTv, Emotional attyachar to be society destructors.  He adds that parents guideance should be there if the child is not matured enough. He completely believes the outcome to depend upon the way one uses it.

School Teacher Manisha Kumar especially talking about her house said that, Television doesn’t  just tends to be an Idiot Box inside her house. She added to them it is a knowledge giver. She mentions Travel&Living  as her favorite channel. As being interested in cooking cookery shows seemed to interest her and provided her with new dishes to learn. She ayes reality shows like Indian Idol and other reality shows to act a a platform for blooming artists talents and bringing them up. She thinks television to be a positive invention . She thinks just of positive effects of television on the society’ She said.