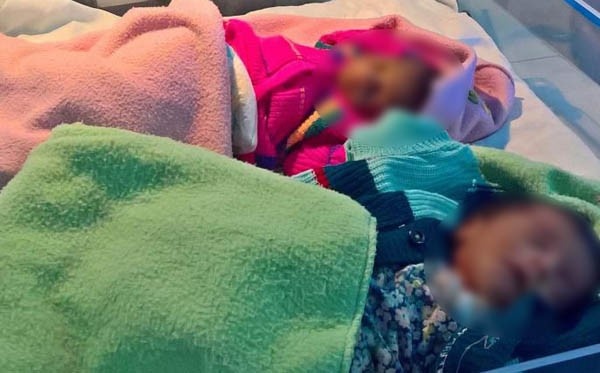 Nagpur: Tension ran high in the local Daga Memorial Government Women’s Hospital on Saturday morning when a woman died in mysterious circumstances just after giving birth to twins. The relatives of the deceased woman created ruckus and blamed the doctors of negligence. On the other hand, doctors claimed that the woman was HIV positive and the delivery was premature. The newly born twins are boys and are admitted to ICU.

According to sources, Shantinagar, Bagde Plot resident Farzana Parveen was brought to the hospital around 1.30 am of Saturday after having severe pain in abdomen. Looking at her serious condition doctors admitted her. The first of the twins was born around 2.15 am. However, for ensuring a normal delivery of second baby, the doctors waited for over three hours. The delay resulted in heavy bleeding. The second baby was born around 5.30 am. But after that, the condition of Farzana started deteriorating and she died around 8.15 am, sources said.

The Daga Hospital authorities immediately informed Tehsil police about the incident. However, before a police constable could reach the hospital, Farzana’s relatives took her body to house. In the meanwhile, the relatives narrated the incident to City Congress Secretary Irshad Ali Wasim Khan. Later, under the leadership of Wasim Khan, Congress activists gheraoed the Dean of Daga Hospital and demanded a thorough investigations into the exact cause of Farzana’s death. After the gherao and ruckus at the hospital, the Dean and police swung into action. A team of policemen reached the house of Farzana and brought her body to Mayo Hospital for autopsy.

The deceased Farzana’s husband Sheikh Shakeel, who drives auto, has lodged a complaint with Tehsil police in this connection.