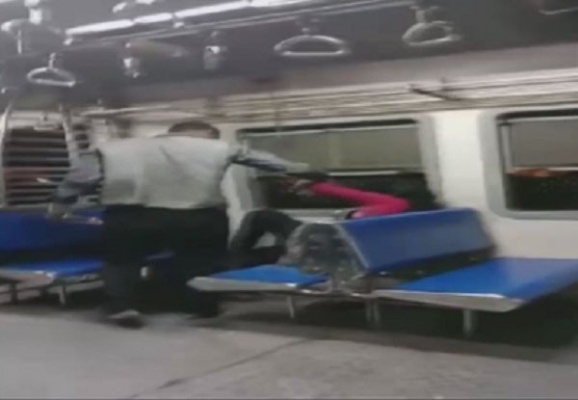 Mumbai: In a shocking incident, a woman was brutally thrashed by his husband in a moving local train between Kurla and Dadar at around 11 pm on Thursday. Reports claim that the man was in inebriated condition.

“A man was cruelly beating a woman in the disabled compartment which I board at Thane. When the train started from Kurla, a man started assaulting the woman,” leading portal Mumbai Mirror quoted witness Samir Zaveri as saying.

Zaveri further stated that as he is 90 per cent disabled he could not help the woman. However, he asked the security person, who was in the ladies compartment to pull the emergency alarm but he did not respond.

Dadar GRP, the on-duty officer however said that accused was taken into custody at Dadar station and further investigation has been initiated. More details in the incident awaited.

Earlier, last month a similar incident was reported where a woman cop was beaten up by a group of men in a local train.