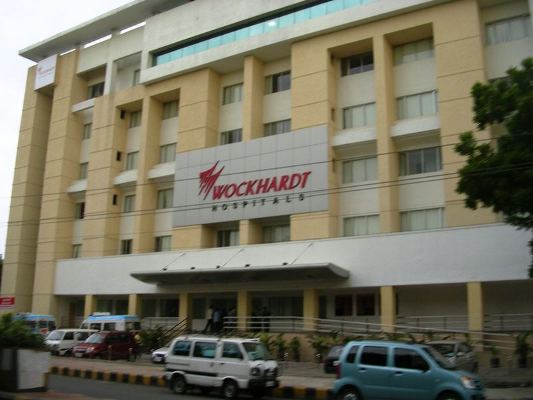 Nagpur News : In a petition filed before the Nagpur bench of Bombay high court, which can even implicate the Chief Minister, Prithviraj Chauhan and the former Chief Minister and present Union home minister, Sushil Kumar Shinde, it is alleged that the Wockhardt hospital has been constructed on a heap of irregularities and illegalities which dates back to 1961 when the land was leased by NIT to the Maharashtra Rashtra Bhasha Sabha, a registered trust, working for the betterment of ‘Hindi’ language for ‘public institutional use’. Apart from these bigwigs, the secretary of urban Development Department, the Municipal Commissioner, the chairman of Nagpur Improvement Trust (NIT), the Maharashtra Rashtra-Bhasha Sabha through its president; Mohan Dhariya , Prajakta Developers, SMG Hospitals through its Chairman; Datta Meghe and Director; Sagar Meghe and the Wockhardt Hospitals, Mumbai have been made respondents in the petition. The petition has been filed by Citizen Forum for Equality, an NGO, through its president, Madhukar Ganpat Kukde, which has alleged that entire allotment of land is marred by irregularities and that the hospital should be demolished. It also further sought an independent enquiry by CBI and prosecution of those responsible for duping the state exchequer in the entire land deal.

SMG hospitals were one of the tenants of the land which entered into an agreement with Wockhardt hospitals for setting up the hospital. Attempts have been made to systematically point out how SMG didn’t even own that land when the agreement was entered into. Thus, the agreement is null from the beginning. Later, it did acquire the possession from the Maharashtra Rashtra Bhasha Sabha. But the petition has challenged this acquisition and has questioned that when NIT is the owner of the land, then why isn’t it a party to the agreement?

Secondly, the petition has also questioned the validity of the change of use of land from public utility land to commercial land u/s 37 of MRTP Act. The proposal to do so was initially rejected on reasonable grounds but later, without any ‘situational change’ the land was converted into a commercial one. The petitioner sees the hand of the then CM Sushil Kumar Shinde and alleges that he, under the influence of the trust, misused his power to get the required change.

The next challenge put forth in the petition is that even if the use of land is changed, then why wasn’t it auctioned? According to the rule 5, 6 of Land Disposal Rules, a commercial land should be auctioned but here, NIT just leased the land to the Sabha in 2005. Additionally, the consideration for the lease was calculated at 1961 prices, the year when the land was first leased to the trust, contravening the rules which necessitate calculation at market rates. Thus, the petitioner has alleged that the exchequer has lost about 100 crore, thanks to these illegalities.

It is also pertinent to note that the NMC has already issued the notice of demolition of the illegal structure on 26-03-2012 u/s 53 of MRTP Act 1966 but petitioner’s alleged that due to involvement of high profile persons even till today the Municipal Commissioner has failed to demolish the illegal structure.

The commercial use of the demised property was systematically done and huge monetary benefits were earned by the parties even before it could be officially converted for the commercial use and it is alleged that ever agile NIT was the mute spectator.

The petitioner has also attempted to demonstrate how right from 1961, this disputed land has been subject to aberrations and irregularities. It has, on the basis of the entire history of illegalities, prayed for the demolition of land and an independent enquiry by CBI. The petitioner is being represented by the Advocate Tushar Mandlekar.