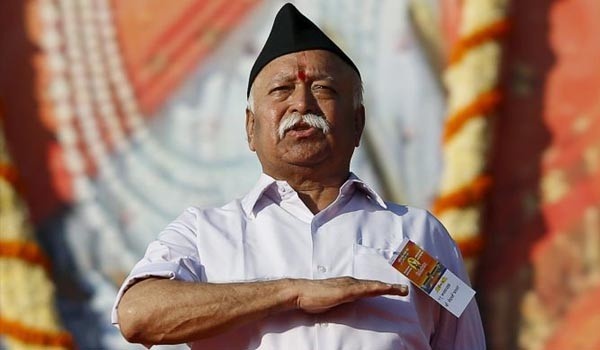 What happens when an ideological agenda comes up against the practicalities of governance? Only three outcomes are possible.

In one, the ideologues oust the head of the government.

In another, the head of the government ousts the ideologues.

And in the third, the two become one.

The latest to achieve this merger is Xi Jinping of China. But he is only the latest in a very long line of such M&A artists. Stalin, Mao, Hitler, and, closer home, Indira Gandhi are just a few of the well-known names.

As far as can be seen, the two don’t quarrel over the direction on which there is no difference of opinion.

They do, however, quarrel over the pace at which to go.

In India we have added another dimension to this problem. We have invented the concept of ‘outside support’.

This means the people who have an ideology don’t join the government. They merely ensure a majority to defeat a non-confidence motion against a minority government and then extract their pound of flesh.

This led to a wondrous result in 1989. The V P Singh government was simultaneously supported by the BJP and the CPI-M! Technically that government lasted for 11 months and was effective for only six.

What happens is this.

‘Now that we have helped you win,’ say the ideological bosses to the head of the government, ‘Implement our agenda rapidly.’

‘I will do as you say,’ says the head of the government, ‘but you can’t rush these things when you are running a government.’

That said, would it be right in assuming that the government and the RSS are not quite on the same page?

The evidence pointing to some friction keeps accumulating.

First, there was that embarrassment in Uttar Pradesh when the BJP lost two important by-elections, one each in the constituencies of the chief minister and the deputy chief minister.

In politics it doesn’t get much worse than that.

Nor is it easy to believe the ‘we became too complacent’ explanation. The question everyone is asking is: How come the RSS didn’t help in getting voters to the booth?

Then came another barb, this time from no less a person than the head of the RSS, Mohan Bhagwat.

Mr Bhagwat said his organisation had never said that it wanted a Congress-mukt Bharat.

The Indian Express quoted him as saying that ‘these are political slogans. It is not the language of the RSS.’

‘The word ‘mukt’ (free or liberated) is used in politics. We never use the language of excluding anyone. We have to include everyone in the process of nation building including those who oppose us.’

The Times of India reported Mr Bhagwat as saying that those with a negative approach would think only of conflicts and divisions. It then quoted him as saying ‘such a person is not at all useful in the process of nation-building’.

It is, of course, entirely possible that he was referring to the Opposition.

But, as Francis Underwood would say, ‘You may think that, my dear, I couldn’t possibly comment.”

Prime Minister Narendra D Modi has always had a problem. I had pointed to it in a 2013 article titled ‘Modi v BJP v NDA’. He overcame the BJP problem in September that year and the NDA problem in January-February of 2014, when it became clear that he was going to be the next PM.

But what has never been clear is his political relationship with the RSS. Conventional wisdom has it that as chief minister of Gujarat he kept the RSS at arm’s length.

But how has it been since he became prime minister?

Many important RSS people believe that the 2014 result was the consequence of the subterranean Hindutva message and not just Mr Modi’s outstanding oratory.

Four years down the line, I would venture to say that he has tried to please the RSS as far as possible — cow slaughter, JNU, triple talaq, a muscular policy towards Pakistan, etc — but has, so far at least, drawn the line on the temple issue.

But this could change if the BJP does very poorly in Karnataka next month. It will depend on what sort of accommodation Mr Modi reaches with the RSS.