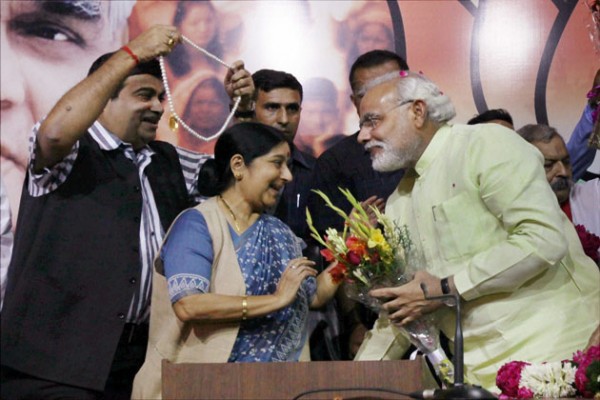 “The same day, Gadkari presented him with a diamond and pearl necklace. For some time, Modi wore it. Later, he removed it and handed it over to his private secretary or bodyguard,” state NCP spokesperson Nawab Malik told reporters.

“Where is that necklace today? Has he kept it in his treasury (“toshakhana”) or did he take it home or did he give it to a friend. This information should be given to the people of the country,” Malik said.