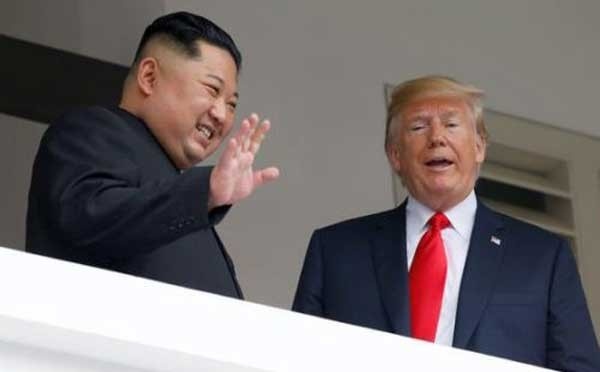 US President Trump and Kim Jon-un have begun their second series of talks after their personal one-on-one meeting concluded early morning.

“We will be successful,” Trump told Kim, sitting directly across from him. “And I look forward to working on it with you. It will be done.”

The North Korean leader did not answer when asked whether he would give up his nuclear weapons.

However, US President Trump predicted he would work with Kim to resolve differences over North Korea’s nuclear program.

“Working together well get it taken care of,” Trump said at the start of an expanded meeting. He said the two leaders “will solve a big problem, a big dilemma.”