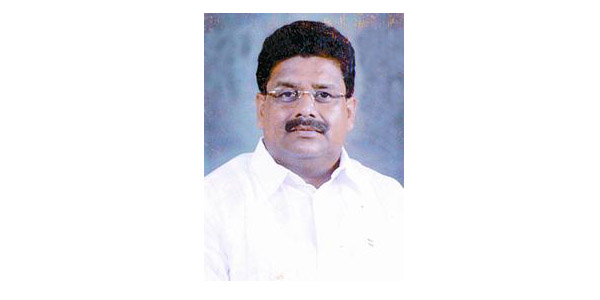 Nagpur News:  That the Nagpur Municipal Corporation (NMC) Administration could not set up the newly named 10 Committees in the absence of Opposition Leader in NMC Vikas Thakre confirms the fact that Vikas Thakre holds a powerful grip on the NMC affairs.

It may be recalled the Mayor Anil Sole had dissolved the eight old committees as soon as the new Maharashtra Corporations Act was implemented by the NMC. The new Act had paved a way to create 10 committees with changed names, and, accordingly, a proposal in this regard was tabled in the General Body meeting of the NMC on Saturday but the proposal was put on hold as Vikas Thakre was out of station for personal reasons. That the proposal was put on hold has adequately proved the fact that how Vikas Thakre personally holds much water in the NMC’s affairs. Now, the proposal would be tabled in the next General Body meeting of NMC.

The water shortage issue was raised and debated with exchange of hot words by Ruling Party in NMC the BJP Corporators and Opposition Corporators for over six hours. But the meeting failed to resolve the acute water crisis faced by many localities of Nagpur except the Mayor Anil Sole giving a ruling to issue a legal notice to Orange City Water (OCW) Company which has been given a contract to supply water to Nagpur city.

The ten committees are being formed in accordance with Section 30 of new Maharashtra Corporations Act. The proposal on proposed ten committees, Project Committees and Estate Committees, was to be passed  in the General Body meeting of NMC on Saturday (May 18). Out of these 10 committees, 5 committees are of new nature, and names of some committees have been changed like Law and Judicial Committee, Tax Assessment and Recovery Committee, Sports Committee, Fire Brigade and Electricity Committee, and Slums Improvement and Housing Committee (“Magasvasti Nirmulan va Ghar Nirman Samiti”) and would come into existence newly. Apart from these committees, Estate and Planning Committee, Medical Assistance and Health Committee, Education Committee, Women and Children’s Welfare Committee, and Water Works Committee would be set up additionally by the NMC. The name of “Durbal Ghatak Samiti (Economically Backward People’s Committee) has been changed and, now, the committee would be known as “Magasvasti Nirmulan va Ghar Nirman Samiti”. The Fire Brigade and Electricity Committee has come into existence for the first time.