Nagpur: A midnight fire broke out at J.P.Square building accommodating Aakash Institute at Law College Square in the intervening night of Sunday and Monday. The fire reportedly broke out on the first floor of the building where the works of an upcoming restaurant Agent Jack were going on. The fire started from the under construction restaurant, fire brigade sources told Nagpur Today.

Sources informed that the building which also accommodates famous coaching centre Aakash Institute, has been into the eye of storm for running various establishments without required permissions. The building reportedly lacks necessary administrative permissions and the owners have still not got the same in place. Even the fire safety measures have not been implemented.

“The coaching institute along with other commercial activities have been running in this building for last couple of years. 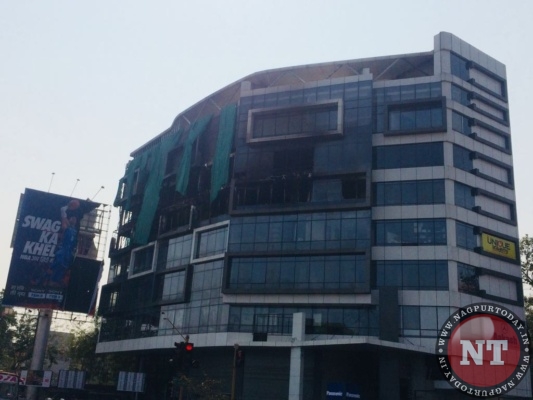 Ironically, no necessary permission was obtained. Interestingly, the bungalow of NMC Commissioner Ashwin Mugal is just adjacent to this building on the other side of the road but it is still surprising how come the civic chief did not notice the flaw.”