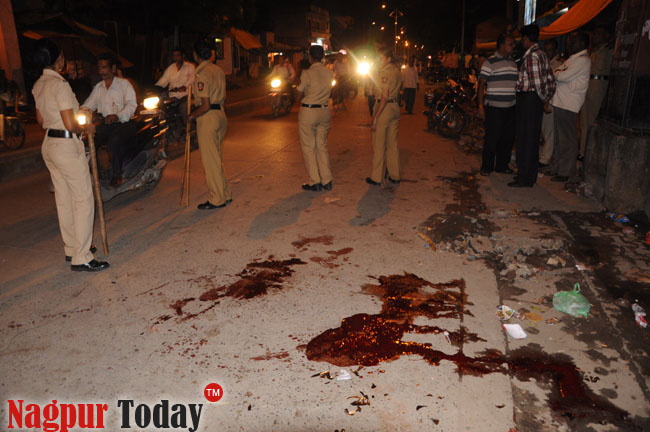 Nagpur News: A man was murdered by un unidentified person or persons and tried to wipe out evidence.

According to police, the man Vishnu Girdhari Narware, (28), resident of Plot No. 1128, Minimata Nagar, Nagpur, was found murdered with deep stab injuries on his stomach near a tea shop on Oriental Company’s bridge towards Umred direction. The unidentified killer or killers after eliminating Vishnu, brought his body under the left wheels of a truck (MH-40/Y-383) in order to wipe out evidence and show the murdered man as if was crushed under the truck.

The Nandanvan police acting on a complaint lodged by Ashpak Ali Vald Akbar Ali, (25), resident of Oriental Structures Engineering Private Limited, Toll Post, Wardha Road, Nagpur, have booked an offence under Sections 302, 201 of IPC against the unidentified murderer or murderers. The PSI Pardeshi is investigating the matter further.