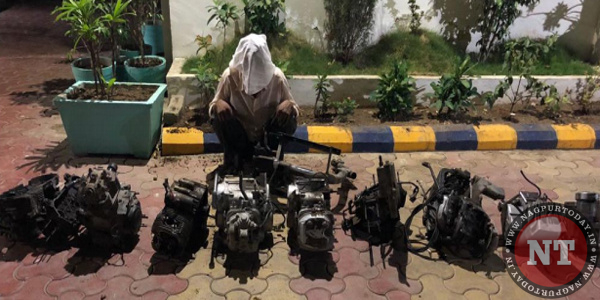 Nagpur: Acting on the confessional statement of a vehicle lifter, Tehsil police have seized 10 teo-wheelers, 10 engines of two-wheelers and five chassis of stolen two-wheelers. The accused Salim Abdul Rahim was detained under Sections 379, 411, 413 of the IPC in connection with an offence No. 228/18 registered against him at Tehsil Police Station. His PCR was obtained and during custodial interrogation, the accused Salim Abdul Rahim confessed stealing two-wheelers from different areas under Tehsil police jurisdiction.