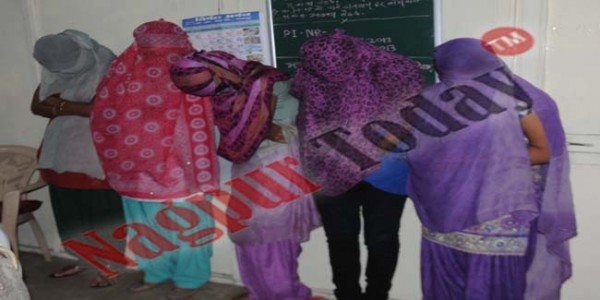 Nagpur News : Two minor forced into the prostitution business were rescued by the crime branch police team after they conducted a raid in city’s red light area-Ganga Jamuna in Lakadganj police station area on Friday afternoon.

Two pimps, Geeta Karmavat, 55, from Rajasthan and Gwalior resident Sagina Kalkhor, 35, has been arrested from the raid conducted in a building named Hirabai Soni in Ganga Jamuna.

Police said that Kamava and Kalkhor have been staying in the city from past few years. The duo had forced many minor girls into the business and even sold many girls to other cities. Cops have been interrogating the pimps about their involvement in other flesh trade in the cities.

Police has seized cell phones and few cash from the building.