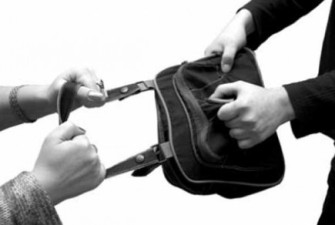 Notwithstanding arming of laws with stringent punishments and even the death sentence to the culprits in the molestation and rape cases wherein the girl dies either by murder or injuries, the incidents refuse to decline in any ways. On the contrary, the incidents have been touching the dubious high.

According to police, a girl (23) while returning home by walking, was accosted by a man Rajesh Mankar (28), a resident of Srinagar, Udaynagar, and his unidentified accomplice on Rukhmini Nagar Road. In a well-planned way the accused stopped the girl forcibly and snatched her mobile phone and ashamed the girl to the hilt by showing her pornographic videos on his cell phone. Both the accused, not satisfied with their vulgar and robbing actions, abused the girl in a filthy language and threatened to kill her if she narrates the incident to her parents or police. However, the dazed girl, anyhow dared the the accused by filing a complaint with Hudkeshwar police. PSI Puri registered an offence under Sections 392, 354(A), 294, 506(B), 34 of IPC and has launched a hunt for the accused Rajesh Mankar and his accomplice to arrest them.

In another incident, a man Kishore Baburao Shinde (34), a resident of Plot No. 17, Shirdi Nagar, Bahadura Fata, molested a minor girl (10), staying with her parents as tenant of one Prakash Waghmare. The girl was alone at that time when Kishore Baburao Shinde entered into her house and resorted to vulgar actions shamefully with her. The girl narrated the shocking incident to her parents who lodged a complaint with Hudkeshwar police. PSI Puri registered an offence under Sections 354(A), 504, 506 of IPC and under sections 8, 9, (M) (N), 10 of Prevention of Exploitation of Children Act.