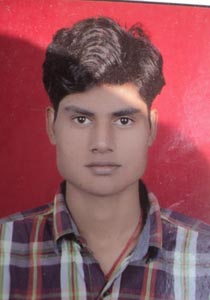 Nagpur News : Kumar Raju Ranjan owner of Vidarbha Auto Component Private Limited in Hingna and his business partner, Virendra ChainSingh, a resident of Prerna Nagar, has been booked for abetment of security guard, Atul Titare’s suicide, who was alleged of robbery charges.

On Wednesday afternoon, Ranajn and ChainSingh had taken Titare for interrogation at M E engineering company in Amar Nagar when 20-year-old Titare jumped into the well fearing harassment by them.

Police said that Titare, a resident of Pandurna, was earlier working as a security guard at Ranjan’s company. He left the job on January 16 and a day later, Ranjan came to know about silencers worth Rs 1.5 lakhs stolen from his company. Suspecting Titare behind the robbery, Ranjan and ChainSingh interrogated him for three days repeatedly.

Titare’s relatives claimed that the duo had abducted Titare for three days and harassed a lot forcing him to end life. A case has been registered at MIDC police station.