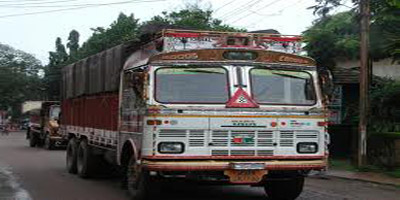 Nagpur News : Incidents of thefts, loot and burglary doesn’t seem to stop in the Orange City, questioning the capability of Nagpur police. In one such incident, a truck driver was looted on knife point near Ambazari on Wednesday night. According to police, Ankush Shyamrao Gedam (25), a resident of Bhadewadi, was going to Ahmedabad with a truck (MH 36 AF 737) loaded with chilies from Kalamna.

Four unidentified youths on red Yamaha and black Pulsar suddenly over took Ankush near Khanji Niketan building and asked him to stop. The accused then demanded the cash from Ankush threatening him of death. The accused took cash of Rs 11,000 from Ankush and fled the spot.

Ankush informed Ambazari Police about the theft. The police have registered an offence under Sec 2 and 34 of the IPC. Further investigations are under way.