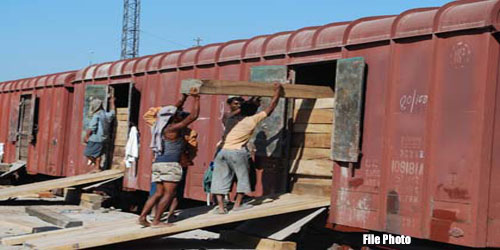 Nagpur News: A transport train that started off from Itwari railway station caught fire near Kanhan railway station on Thursday morning. On Thursday morning, around 9 am, a transport train consisting of 17 wagons started off from Itwari to Bhilai. Among 17, nine wagons were empty while others were filled with coal and other things. Around 10 am, the train reached Kanhan railway station. While the train was heading away, a railway employee noticed fumes coming from one of the wagon and he immediately alerted loco pilot. The train was stopped immediately in the middle and fire office was alerted. Within minutes, fire tenders reached the spot and the flames were doused within an hour. No major loss was reported.