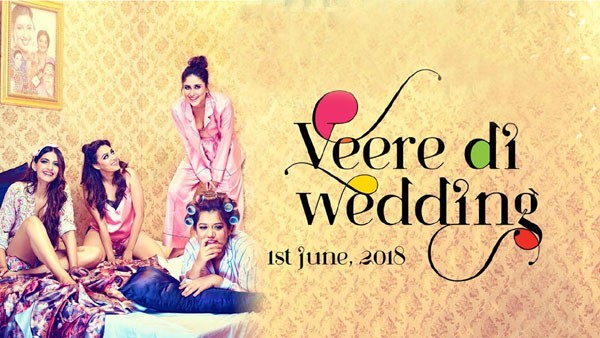 Sonam Kapoor, Kareena Kapoor Khan, Swara Bhasker and Shikha Talsania will be next seen in Shashanka Ghosh’s upcoming film Veere Di Wedding and the trailer of the film, which was released today, promises an absolutely hilarious ride.

The film revolves around four friends (played by the actresses above), whose lives turn upside down when Kareena’s character gets proposed by her boyfriend (played by Sumeet Vyas) and the three friends land up for the wedding with their own baggage (literally and metaphorically), leading to hilarious consequences.

Over the years, there have been many films revolving around male pals (Dil Chahta Hai and Zindagi Na Milegi Dobara) and it is quite refreshing to see a ‘chick flick’, a genre that has been explored in Hollywood, but not here. The trailer features hilarious scenes and rib-tickling dialogues and we are sure Veere Di Wedding will be an absolute entertainer.