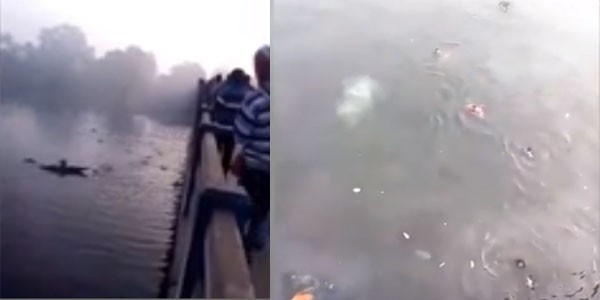 Bhopal: At least 15 members of a marriage party were killed when a mini-truck carrying them fell off a bridge over the Sone river in Sidhi district of Madhya Pradesh, officials said.

They said that the casualties might go up as many more people were trapped inside the vehicle.

Sidhi District Collector Dilip Kumar told PTI that 15 people have been found dead so far and at least 14 injured. The injured were admitted to the district hospital.

Expressing deep sorrow over the accident, Madhya Pradesh Chief Minister Shivraj Singh Chouhan announced an assistance of Rs 2 lakh each to the kin of the deceased and Rs 50,000 each to the injured, the district collector said.

The mini-truck fell off the Jogdaha bridge near Amelia in Bahri police station area of the district, he said.

The vehicle fell about 60-70-foot down onto the dry river bed. Efforts were on to pull out the truck.

The site is about 42 km from the Sidhi district headquarters, he said.

Both the district collector and the district police chief reached the spot and were supervising the rescue operation, the officials added.