It’s their son’s debut Bollywood film, Jackie and Ayesha Shroff, film starring their son Tiger and produced by Sajid Nadiadwala is all set to go on the floors from today but the couple says they will give the first day a miss, as they don’t want to “embarrass their son”. Instead the couple will be on the streets, feeding homeless children in Tiger’s

When asked the the Daddy will he visit the set Jackie said  “It has been 30 years since my film Hero released and I have been told by Sajid that Tiger’s film will release on Valentine’s Day, 2014. Although I don’t know too much about the script, Tiger has spoken about it to his mother. My dada never came on my sets, so why should I?”

The proud papa feels he does not want to embarrass his son by visiting the sets like “the mothers of heroines” and adds, “He is a teenager and it is not right for me to go.”

Meanwhile, Ayesha says that both she and Jackie are extremely emotional about Tiger’s big moment. She states, “Tiger is a big boy now. I am sure we will start crying. We could not have asked for a better producer than Sajid.

She also tells us that most probably it will be Sajid’s mother who will be giving the first clap for the project. “I have always told Tiger that Sajid and his wife Wardha are like his second set of parents. He has been meeting director Sabbir Khan and his team regularly. Tiger is extremely close to me and shares everything

So just wait for this Tiger’s roar till Valentine’s 2014. 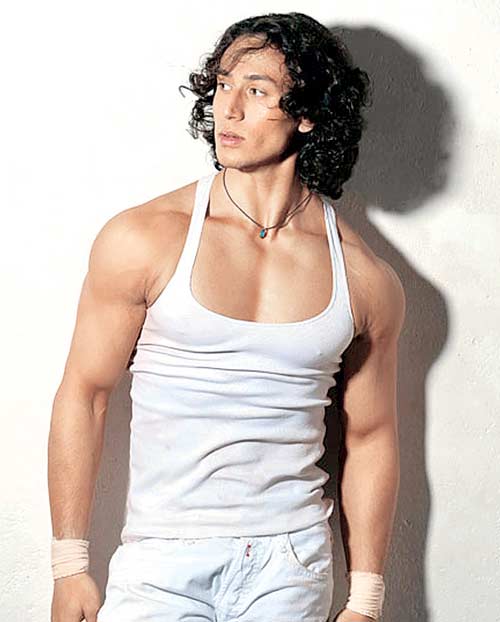