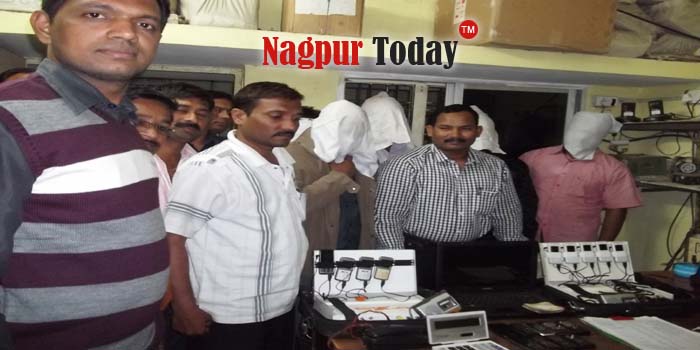 Nagpur News : With the arrest of three people, a cricket betting racket was busted in Besa in Hudkeshwar area by a team of Nandanwan police on Thursday afternoon. Sources informed that the betting was carried from past two months and despite of many police complaints, no action was taken.

He also informed that the bookies are connected to some political leader and hence concerned police station avoids the complaints.

Acting on a tip-off, police raided the house in Besa and nabbed the bookies. Besides laptop, television and other gadgets, 18 cell phones were seized from them.

According to the squad officials, the raid was planned on the orders of DCP Zone IV, Chandra Kishore Mina. Police sources informed that the secret source has alleged that some police official the concerned police station (Hudkeshwar) is involved with the bookies and hence requested the senior official to sent police staff from other police station for the raid.

Around 4 pm, one of the cops knocked the rented house to ask some address and raided the place.