Nagpur News: Thieves decamped with cash and valuables worth Rs 7.5 lakh in three separate cases from various parts of the city on Sunday.

In the first case, burglars looted Rs 5 lakh cash under Ambazar police station area. According to police, the complainant Tusharkanti Mukherjee, a resident of Ishan Tower, Shivaji Nagar, went to Kolkata with his family on October 8 for Durga pooja. Meanwhile, his brother Nirmal came to visit his flat as instructed by Tusharkranti. Nirmal was shocked to see the broken lock on the door and the missing cash of Rs 5 lakh from the almirah. He immediately informed Ambazari police station.

On the complaint of Nirmal, cops registered a case of house-breaking theft against unidentified thieves.

In the second case, police booked unidentified thieves for looting 8,000 cash and gold ornaments collectively worth Rs 1.38 lakh. According to information, Dr Shyam Suresh Chafekar (30), a resident of New Subhedar layout, had gone to his clinic on Sunday. His family members went to Koradi Mandir. Dr Chafekar came back home at around 2.45 pmand was shocked to see al materials scattered in the house. He immediately informed the police. Police said, thieves looted Rs 8,000 cash and gold ornaments collectively worth Rs 1.38 lakh from the almirah of Dr Chafekar.

On the complaint of Dr Chafekar, Hudkeshwar police registered a case of theft. 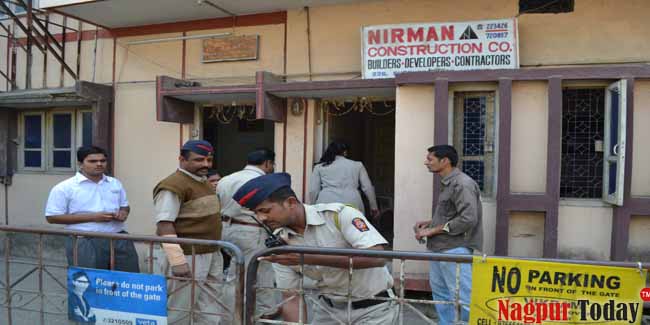 File Photo of one such incident in Surendra Nagar in past

In the third case, unidentified thieves burgled gold ornaments worth Rs 1.10 lakh. According to information, Moreshwar Dudhe and his family had out of town for two days. When they came back on Sunday, they were shocked to see the missing gold ornaments kept on the dressing table. On the complaint of Morehswar Dudhe, a resident of Flat No. 306, Wing No. 1, Rajat Sankul, Ganeshpeth Police registered a case in this regard.