The Nagpur Today, which flashed dozens of reports exposing massive scams in Nagpur Municipal Corporations, then they may be Property Tax scam with officials sparing big fishes, no proper assessment, several big establishments going defunct in paying Water Tax, and other scams with “nasty deals” between the NMC officials and builders, big business houses, politicians, and other bigwigs in different fields. The only aim of Nagpur Today was to crush ugly heads in NMC and put the cash-starved civic body on progressive path. On the same lines, now, Nagpur Today is on “Mission Pune Municipal Corporation.”

It doesn’t make any difference if a company is blacklisted on the charges of cheating, swindling or other illegal actions. The brokers in any field prove “Messiahs” or “Wonder Boys,” leave alone for blacklisted companies, even the for the “White” companies.

According to sources in the PMC, the Pune Municipal Corporation has now turned a “Fortress of Dalals” (Brokers) penetrated by the blacklisted companies which cheat and rob PMC by their “simple” modus operandi. The representatives (Brokers) of the blacklisted companies have pocketed corrupt officials and thus pocketing the PMC bounty in crores illegally and clandestinely. Moreover, the PMC Commissioner, Mayor and Standing Committee Chairman have turned “blind” to the state of affairs. If the “deals” flourish and prosper, the day is not far away when the PMC would be ruled by “brokers” and the PMC bosses turning “puppets” dancing to the tunes of “representatives” of blacklisted companies, the reliable sources sid.

The dubious role the brokers have been playing could be revealed on the deals over two contracts. The sources said, the PMC had floated tenders for Annual Maintenance Contract (AMC) of Firewall system and purchasing of Video-Conferencing System. Both the deals are allegedly pointing out the scams are in the pipeline. The PMC had invited and opened an e-tender two months ago for AMC of Firewall system at the cost of Rs 8 lakh, which the sources in the PMC told Nagpur Today, could not have been above Rs 2 lakh. The blacklisted company Polestar, in order to bag the order by hook or crook, allegedly called its broker representatives for bagging the contract, the sources said. The broker easily grabbed the tender format much before the opening of tender and handed it over to RICOH representative Mayank Porwal, a close “friend” of Polestar company, the sources in RICOH and PMC told Nagpur Today. The greedy PMC officials ensured the tender goes to RICOH by changing the tender format in accordance with RICOH conditions and also increased the value of contract to Rs 8 lakh. A staggering Rs 6 lakh more, which could have done in only Rs 2 lakh, for the AMC of Firewall system. The set up of the deal ensured the blacklisted company Polestar is in profit in the name RICOH, and the extra Rs 6 lakh going allegedly to pockets of “corrupt” PMC official Rahul Jagtap, and the broker Alok Sharma. And the NMC would be poorer by Rs 6 lakh. Moreover, RICOH, in order to bag the contract, submitted bogus experience certificate. All murky deals in the daylight, the sources in PMC said.

According the same reliable sources, another deal for purchasing of Video-Conferencing System is likely to hit the PMC hard. The PMC invited tenders for purchasing the system in August-September. The crafty PMC officials created the perfect requirement specifications only fit and beneficial for RICOH, a Japanese company. The tender cost was allegedly hiked to Rs 70-80 lakh, which, otherwise in normal condition of tender process, could have cost much lesser than the RICOH contract. The normal process could have also attracted multi-brand companies like CISCO, Honeywell, Sony, Bosch, Polycom and others. But the tender was fixed in such a manner, only RICOH was successful in bagging the contract, sources said.

The sources further elaborated that the modus operandi adopted by the brokers was that they allegedly deposited two bogus EMDs to make to tender legal as at least three tenders are required for any work or contract. A bogus company was omitted in the first technical bid. But since only two commercial bids cannot be opened, the tender date was extended. However, no bidders came forward and the two tenders were opened, and, according to a well-planned strategy the contract was given to RICOH by declaring the company L 1 (Lower 1). At present, the file is on the table of Standing Committee Chairman.

The PMC official Rahul Jagtap denied any irregularities in the tender process and he is not aware and concerned of any outer set up and “deal”. Whoever wants investigation into the state of affairs by any agency, should go ahead. He is not worried as the fingers of several dubious characters are in the bountiful pie, sources revealed.

The most positive angle of this entirely negative fact is that once the Standing Committee Chairman puts his seal on the tenders, all the documents would be furnished to Department of Information Technology Commissioner, State Vigilance Department and the State Auditors with a demand to punish the guilty with heavy hands. 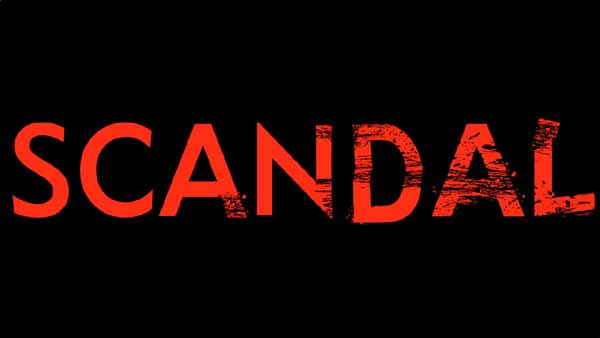