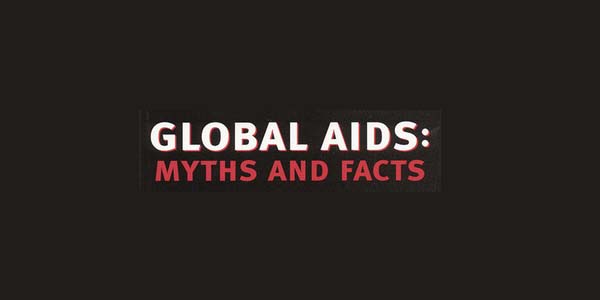 Nagpur News: For nearly 30 years, HIV (human immunodeficiency virus) and AIDS (acquired immunodeficiency syndrome) have been shrouded in many myths and misconceptions. In some cases, these mistaken ideas have prompted the very behaviors that cause more people to become HIV-positive. Although unanswered questions about HIV remain, researchers have learned a great deal. Here are the top ten myths about HIV, along with the facts to dispute them.

Myth No. 1: I can get HIV by being around people who are HIV-positive.

The evidence shows that HIV is not spread through touch, tears, sweat, or saliva. You cannot catch HIV by:

You can get it from infected blood, semen, vaginal fluid, or mother’s milk.

Myth No. 2: I don’t need to worry about becoming HIV positive — new drugs will keep me well.

Yes, antiretroviral drugs are improving and extending the lives of many people who are HIV-positive. However, many of these drugs are expensive and produce serious side effects. None yet provides a cure. Also, drug-resistant strains of HIV make treatment an increasing challenge.

Myth No. 3: I can get HIV from mosquitoes.

Because HIV is spread through blood, people have worried that biting or bloodsucking insects might spread HIV. Several studies, however, show no evidence to support this — even in areas with lots of mosquitoes and cases of HIV. When insects bite, they do not inject the blood of the person or animal they have last bitten. Also, HIV lives for only a short time inside an insect.

In the early years of the disease epidemic, the death rate from AIDS was extremely high. But today, antiretroviral drugs allow HIV-positive people — and even those with AIDS — to live much longer, normal, and productive lives.

In one study, as many as 30% of African-Americans and Latinos expressed the view that HIV was a government conspiracy to kill minorities. Instead, higher rates of infection in these populations may be due, in part, to a lower level of health care.

Myth No. 6: I’m straight and don’t use IV drugs — I won’t become HIV-positive.

Myth No. 7: If I’m receiving treatment, I can’t spread the HIV virus.

When HIV treatments work well, they can reduce the amount of virus in your blood to a level so low that it doesn’t show up in blood tests. Research shows, however, that the virus is still “hiding” in other areas of the body. It is still essential to practice safe sex so you won’t make someone else become HIV-positive.

Myth No. 8: My partner and I are both HIV positive — there’s no reason for us to practice safer sex.

Practicing safer sex — wearing condoms or using dental dams — can protect you both from becoming exposed to other (potentially drug resistant) strains of HIV.

Myth No. 9: I could tell if my partner was HIV-positive.

You can be HIV-positive and not have any symptoms for years. The only way for you or your partner to know if you’re HIV-positive is to get tested.

It’s true that oral sex is less risky than some other types of sex. But you can get HIV by having oral sex with either a man or a woman who is HIV-positive. Always use a latex barrier during oral sex.