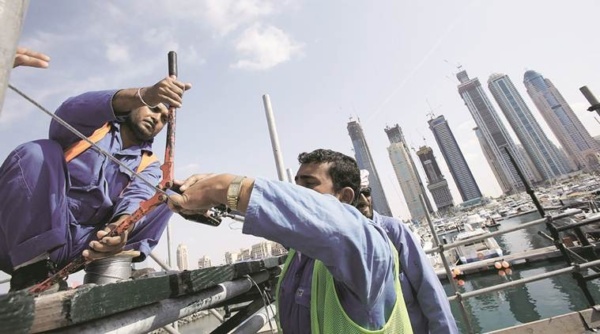 Nagpur: In the past few decades, international migration has become increasingly commonplace, particularly in India. Hundreds of thousands of young Indian men and women are emigrating to developed or wealthier countries in search of a better life, new opportunities and a higher income, many even quitting their jobs to seek greener pastures. In many countries, their entry is permitted through close family links or through work permits. The lure of foreign life is so strong for some who have no family links or work permit that they take illegal action to secure a job abroad. Many of these adventurists have learnt bitter lessons, while some have succeeded. Unfortunately, the data on emigration from India is scant, especially in terms of illegal emigration.

Since 1950, most Indian emigration has been to the US and Middle East. Educated and skilled workers emigrate to the US, the UK, Canada and Australia, while unskilled and less educated ones gravitate to the Middle East. According to the World Migration Report, in 2000, about 15 million Indians were living abroad; today’s figure is much higher. India is second only to Mexico in its emigration rate. According to the World Bank, in 2010, there were 11,859,236 Mexican emigrants, compared to India’s 11,360,823. Remittances paid by members of the Indian diaspora totalled US $65,380 million in 2017.

What makes Indians leave the country in such large numbers? Many studies have concluded that Indians of lower social classes migrate mainly in search of employment, which can be difficult to find in India. As a nation, India faces a massive unemployment problem. People with low or no qualifications have no place in developed Western countries, so they migrate to the Middle East, where they were, initially, welcome; however, as people from more countries arrived in the Middle East, the opportunities for Indians became bleak.

The Middle East emigration rate multiplied many-fold in the 1970s and ‘80s as a result of the economic boom related to higher oil prices and construction activity. The number of labour migrants was 4000 in 1976, but had jumped to 276,000 by 1981. Until 1997, emigration to the Middle East accounted for more than 90% of India’s total migration. Those bound for Saudi Arabia accounted for about 60% of the total number, while those moving to the UAE were 25–30%.

Indian migration to the Middle East has declined in a significant way, and the emigrants’ experiences have soured in the last few years. Emigration to the US has increased many times over in the new millennium, increasing to such a level that almost every graduate in ‘information technology’ wants to migrate to the US and settle there permanently. The current US President, Donald Trump, is throwing cold water on their dreams.

Over time, the countries of the Middle East have lowered the wages paid to foreign workers, as there are still plenty of people prepared to work at a reduced rate. This has disappointed many Indians who arrived in the region primarily hoping to earn a big pay packet and save some money. Few Indians, apart from Muslims, immigrate to the Middle East with the idea of settling permanently. In short, they want to return home after a few years with a fat bank balance.

The problems for the Indian emigrants are as follows. The state of human rights in the Middle East is a concern for several non-governmental organisations. Sharia law is the main source of legislation, according to several states’ constitutions. Flogging and stoning are legal forms of punishment in many countries because of Sharia law, and adultery is punishable by death when a Muslim woman and a non-Muslim man are involved.

According to Human Rights Watch, in June 2012, hundreds of thousands of mostly South Asian migrant workers employed in these countries’ construction industries were at risk of serious exploitation and abuse, sometimes amounting to forced labour. The US State Department confirms this, noting that expatriate workers from nations throughout Asia and parts of Africa are routinely subjected to forced labour and, in some instances, prostitution.

Most of these people voluntarily migrate to the UAE as low-skilled labourers or domestic servants, knowing the appalling conditions that await them. They, in turn, are subjected to conditions indicative of involuntary servitude. Some of the more common labour rights violations include beatings, withholding of wages, charging workers for benefits that are nominally the responsibility of the emir, severe restrictions on freedom of movement (such as the confiscation of passports, travel documents or exit permits), arbitrary detention, threats of legal action and sexual assault. Many migrant workers arriving for work in the UAE pay exorbitant fees to recruiters in their home countries, a practice that leaves them highly vulnerable to forced labour once in the country. 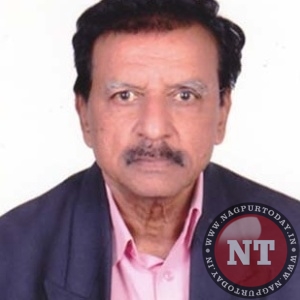 Like other Persian Gulf nations, Qatar has sponsorship laws that have been widely criticised as ’modern-day slavery’. Under the provisions of these laws, sponsors have the unilateral power to cancel workers’ residency permits, deny workers’ ability to change employers, report a worker as ‘absconded’ to police authorities and deny workers permission to leave the country.

In 2013, Amnesty International published reports showing that unpaid migrant workers were left to go hungry. It revealed that workers were being ‘treated like cattle’. According to another report, by The Guardian (and based on documents obtained at the Nepalese embassy in Qatar), dozens of Nepalese migrant labourers died in Qatar in just a few weeks’ time in September 2013, and thousands more were enduring appalling labour abuses. According to The Guardian’s analysis, current construction practices will have resulted in over 4,000 deaths by the time the 2022 FIFA World Cup event is held. As of December 2013, FIFA had investigated, but taken no action, to force Qatar to improve workers’ conditions. Further, Qatari authorities deny the analysis, arguing that it is misleading, since it includes all causes of death in a population of close to 1 million and over an eight-year period.

The United Arab Emirates is home to immigrants from all over the world, in large part because UAE nationals feel it is shameful to work in many private sector jobs and favour positions with the government or military instead. A majority of migrant workers in that country are found in the private sector, where they constitute 99.5% of the workforce.

The Middle East is a destination for men and women from South Asia and Southeast Asia who migrate willingly, but are subsequently trafficked into involuntary servitude as domestic workers and labourers and who, to a lesser extent, fall victim to commercial sexual exploitation. The most common offense is forcing workers to accept worse contract terms than those under which they were recruited. Other offenses include bonded labour; withholding of pay; restrictions on movement; arbitrary detention; and physical, mental and sexual abuse.

In most countries in the Middle Eastern, the legal system is largely based on Sharia. Israel’s legal system, however, has different roots. In criminal law determined by Sharia, most crimes classified as hudud are punishable by death and deemed a danger to Islamic society. Their punishments are fixed in the Qu´ran and the Hadith.

The most affected by these circumstances are domestic servants. They are particularly vulnerable to trafficking, since they are isolated inside homes and not covered under the provisions of the labour law. Some countries are also a destination for women who migrate for legitimate purposes and subsequently become involved in prostitution, but the extent to which these women are subject to forced prostitution is unknown. In addition, some of them may be runaway domestic workers who have fallen prey to forced prostitution by individuals exploiting their illegal status. More often, domestic servants are subject to physical abuse like beatings, or even branding with hot iron rods. Other abuses include firing employees without cause, low wages, and forced overwork. Employees have also been reported as being unlawfully detained by their employers. Most countries also have a gender wage gap, where women workers are paid less than men for the same work.

In recent years, the Gulf States have implemented policies of large-scale deportation for both documented and undocumented migrant workers for a variety of reasons. According to Kuwaiti media, 14,400 migrants were deported from Kuwait between January and April 2016.

In numerous instances, the UAE’s government has tortured people in its custody (especially expats and political dissidents). UAE authorities are also known to use torture as a means of extracting forced confessions of guilt.
Lastly, migrants fear terror attacks by outfits like the Taliban and ISIL. For example, in early 2018, the killing of 39 Indian workers by ISIL came to light.

Many poor people who cannot earn a livelihood in India choose to migrate to the Middle East knowing all the possible ramifications of the decision; they think that, if they do not take the risk, they and their families will surely starve and die.